Holly Street Capital Ltd. (TSXV: HSC.P) (“Holly” or the “Company”) announced today that, further to its news release dated November 1, 2021, the Company has entered into a securities exchange agreement with US Critical Metals Corp. (“USCM”) and the securityholders of USCM (the “USCM Securityholders”) dated January 7, 2022 (the “Definitive Agreement”). The Definitive Agreement is in respect of a business combination transaction pursuant to which Holly will acquire all of the issued and outstanding securities of USCM (the “Proposed Transaction”).

More details relating to the Proposed Transaction, as required by TSXV Policy 2.4, section 11.2, will be disclosed in a further news release, constituting a comprehensive news release under the policies of the TSXV.

The Proposed Transaction will be effected by way of securities exchange among the Company, USCM and the USCM Securityholders. Pursuant to the Definitive Agreement, holders of issued and outstanding common shares of USCM will receive one Post-Consolidation Holly Share (as defined below) for each USCM common share (“USCM Shares”) held (the “Exchange Ratio”). Pursuant to the Definitive Agreement, all existing securities convertible into USCM Shares shall be exchanged, based on the Exchange Ratio, for similar securities to purchase common shares of the Resulting Issuer (“Resulting Issuer Shares”) on substantially similar terms and conditions.

It is anticipated that the Resulting Issuer will continue the business of USCM under the name “US Critical Metals Corp.” (the “Name Change”).

In conjunction with closing of the Proposed Transaction, the Company will also pay a finder’s fee of 1,467,857 Resulting Issuer Shares to an arm’s length finder, subject to TSXV approval.

The completion of the Proposed Transaction is subject to a number of terms and conditions, including without limitation the following: there being no material adverse changes in respect of either Holly or USCM; the parties obtaining all necessary consents, orders, regulatory and shareholder approvals, including the conditional approval of the TSXV; completion of the Consolidation, Name Change and any other required corporate changes requested by USCM; completion of a concurrent financing; completion of NI 43-101 compliant technical reports on each of USCM’s material properties; and other standard conditions of closing for a transaction in the nature of the Proposed Transaction.

There can be no assurance that all of the necessary regulatory and shareholder approvals will be obtained or that all conditions of closing will be met.

Upon completion of the Proposed Transaction, it is anticipated that the Resulting Issuer will be listed as a Tier 2 mining issuer on the TSXV, with USCM as its primary operating subsidiary.

Other information relating to the Proposed Transaction

The Proposed Transaction may require the approval of the shareholders of USCM. If required, USCM will hold a meeting of shareholders to seek all necessary approvals, the details of which will be disclosed to USCM Securityholders once available.

For further information regarding Holly and the Proposed Transaction, please contact Joel Freudman, Chief Executive Officer of Holly, at (647) 880-6414.

For further information regarding USCM and the Proposed Transaction, please contact Darren Collins, Chief Executive Officer of USCM, at (786) 633-1756.

Investors are cautioned that, except as disclosed in the management information circular or filing statement to be prepared in connection with the Proposed Transaction, any information released or received with respect to the Proposed Transaction may not be accurate or complete and should not be relied upon. Trading in the securities of a capital pool company should be considered highly speculative.

The TSX Venture Exchange Inc. has in no way passed upon the merits of the Proposed Transaction and has neither approved nor disapproved the contents of this press release.

All information contained in this news release with respect to Holly and USCM was supplied by the parties, respectively, for inclusion herein, and Holly and its directors and officers have relied on USCM for any information concerning such party.

This press release contains “forward-looking information” within the meaning of applicable Canadian securities legislation. Generally, forward-looking information can be identified by the use of forward-looking terminology such as “plans”, “expects”, “budget”, “scheduled”, “estimates”, “forecasts”, “intends”, “anticipates”, or “believes”, or variations of such words and phrases or state that certain acts, events or results “may”, “could”, “would”, “might” or “will be taken”, “occur” or “be achieved”. 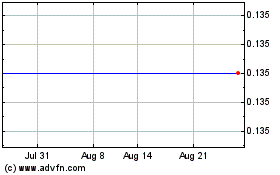 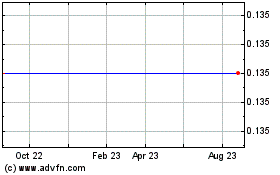 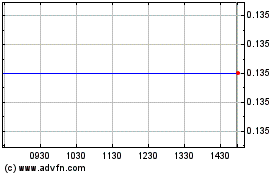