/NOT FOR DISTRIBUTION TO U.S. NEWSWIRE SERVICES OR FOR DISSEMINATION IN THE U.S./

Summary for the three and twelve months ended December 31, 2019:

Bri-Chem's Canadian Blending and Packaging division generated sales of $2.3 million and $9.3 million for three and twelve months ended December 31, 2019 compared to sales of $3.3 million and $14.5 million for the same comparable periods in 2018, representing decreases of 31% and 36% respectively.  The decreases relate to the overall decline in Canadian drilling activity which affected demand for toll blending and bulk packaging of products throughout 2019.  Bri-Chem's US Fluids Blending and Packaging division experienced increases of 57% quarter over prior year quarter and 67% year over year, as the division recorded sales of $3.0 million and $11.5 million for the three and twelve months ended December 31, 2019.  These increases are due to the increase in well abandonment work and new oilfield cementing work in the state of California as well as the division providing cement to customers working offshore.

As the Company moved into 2020, it was cautiously optimistic on its business and was seeing signs of increased activity by its customers. However, the recent outbreak of the COVID-19 virus and turmoil in global oil markets have led to a sharp decline in oil prices and are expected to result in lower industry activity levels in the near term. The Company believes these emerging issues will have a negative impact on demand for its product and services and the full extent of these issues are still unfolding and remain uncertain. The Company is reacting quickly to the emerging market challenges and will continue to monitor the markets on a day by day basis.  At this stage, it is too early to tell what impact the decline in crude oil prices may have on activity levels in the oil and gas industry in 2020.  This will likely result in producers curtailing capital spending which will negatively impact the demand for our products.

Over the long-term, the Company  continues to be optimistic about the impact that LNG Canada's $40 billion liquefied natural gas (LNG) project in Kitimat, B.C. will have on the natural gas sector in north-west Alberta and north-east B.C., which will be required to support LNG Canada's natural gas needs. The Company also looks forward to construction of the Trans Mountain pipeline continuing to proceed, which will provide additional takeaway capacity for western Canadian crude oil.

Bri-Chem has experienced several business cycles and we understand what is required to effectively and prudently manage our inventories and operations during this downturn.  We remain committed to reducing costs, where possible and maintaining an adequate debt structure during these challenging times.

Bri-Chem has established itself, through a combination of strategic acquisitions and organic growth, as the North American industry leader for wholesale distribution and blending of oilfield drilling, completion, stimulation and production chemical fluids. We sell, blend, package and distribute a full range of drilling fluid products from 26 strategically located warehouses throughout Canada and the United States. Additional information about Bri-Chem is available at www.sedar.com or at Bri-Chem's website at www.brichem.com. 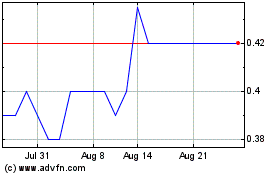 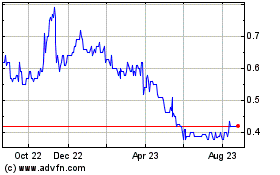 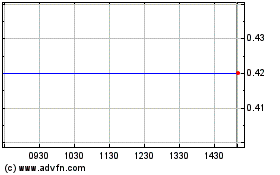