"Momentum continues for the Company as we advance our Lac à Paul project towards development," said Brian Ostroff, President of Arianne Phosphate.  "Despite a very challenging environment over the last few years, Arianne has been able to persevere and now finds itself in a leading position to take advantage of the turn in the agricultural macro.  Today our project sits as a 'best of class' and, with both grain and phosphate prices at multi-year highs, it has allowed conversations with potential financiers and partners to accelerate with an eye towards unlocking the incredible value of Lac à Paul."

Financial Summary
Arianne is a development-stage company and, as such, did not generate revenue or positive cash flow in Q1 2021. In the first quarter ended March 31, 2021, the Company incurred net losses of $4.4 million (M) for the three-month period. For the same period in 2020, the net loss incurred was $1.8M for the three-months period. The higher losses are explained by borrowing costs that were previously capitalized. Since the Company is currently in a period of raising funding for its project through financing and offtake agreements and is not carrying substantial technical work, the Company has suspended the capitalization of its borrowing costs until further technical work is done on the project. In the first quarter 2021, the Company restructured its debt which created a higher noncash finance cost. These costs are noncash.

Arianne's Management Discussion and Analysis and condensed consolidated interim financial statements for the three–month period ended March 31, 2021 are available on the Company's website and on SEDAR at www.sedar.com.

Arianne Phosphate (TSXV:DAN)
Historical Stock Chart
From Apr 2022 to May 2022 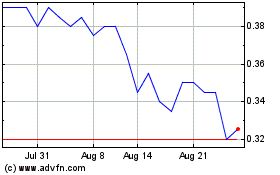 Arianne Phosphate (TSXV:DAN)
Historical Stock Chart
From May 2021 to May 2022 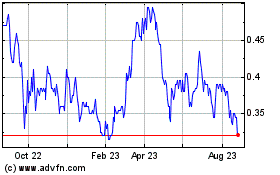 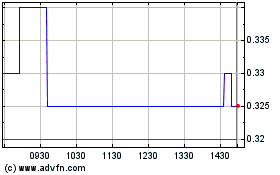