Azucar Minerals Ltd. ("Azucar" or the "Company") (TSX-V: AMZ; OTCQB: AXDDF) is pleased to announce that it has commenced drilling the large lithocap target discussed in its press release of March 10, 2022.

The target area and lithocap characteristics are provided in Figure 1. The target area is defined by several overlapping target methodologies, including geophysics, mineralogy, geochemistry and past drilling campaigns at the property, which have returned significant high grade porphyry copper and gold assays from multiple zones, which appear to mantle and surround this area in a roughly arcuate shape of high magnetic response. This area has been targeted for drilling on the basis of the following data set:

About the El Cobre ProjectA detailed summary of the project is provided on the Company’s website but, in brief, the El Cobre project covers a 5 km trend of porphyry copper-gold associated alteration and mineralisation along which five separate zones have now been identified and explored in past drilling campaigns (see Figure 1). On September 29, 2020, the Company released an initial mineral resource estimate on the project from only the Norte Zone. The base case resource estimate (using a net smelter return cutoff of US$12/tonne) for the Norte Zone is comprised of an indicated resource of 1.2 Moz AuEq (47.2 million tonnes grading 0.49 g/t Au, 0.21% Cu 1.4 g/t Ag) and an inferred resource of 1.4 Moz AuEq (64.2 million tonnes grading 0.42 g/t Au, 0.18% Cu and 1.3 g/t Ag). Further details of the resource estimate are provided below.

At the Villa Rica Zone, located about 1.8 km south of the Norte Zone, the Company plans to further explore the Raya Tembrillo Target. Initial drilling in 2017 on the Raya Tembrillo Target intersected two styles of mineralisation; hypogene copper-gold porphyry mineralisation (115.00 metres of 0.57 g/t gold and 0.27% copper, see press release of November 28, 2017) and near surface enriched copper mineralisation with an apparent tabular distribution (94.00 metres of 1.36% copper; see press release of December 13, 2017). At the Encinal Zone, located 4.3 kilometres to the southeast of the Norte Zone, the Company is conducting a more thorough review of the geological, geochemical and geophysical datasets in order to design a future drill program to follow-up past drill results. On June 29, 2017, Azucar announced the results of initial drilling on this exposed stockwork (Hole EC-17-025) that returned results including 34.47 metres grading 0.73 g/t Au and 0.20% Cu.

Past drilling campaigns have returned significant porphyry copper and gold assays from multiple targets around the recently defined mineral vector target area. The previously tested and known porphyry mineralisation, including the Norte deposit on which the Company has developed a resource, appear to mantle and surround this new target area in a roughly arcuate zone of high magnetic response. High grade intersections from these targets highlight the potential for significant mineral endowment and for higher grade porphyry mineralisation including the following (see Figure 1 for locations):

Morgan Poliquin, Ph.D., P.Eng., a Qualified Person under NI 43-101, the President and CEO, as well as a Director of the Company, reviewed and approved the other technical information. The porphyry mineralisation and past drilling results discussed and reviewed in this news release are associated with broad areas of alteration and stockwork and sheeted porphyry style veining. True widths cannot be determined at this time. The analyses reported were carried out at ALS Global Laboratories of North Vancouver using industry standard analytical techniques. For gold, samples are first analysed by fire assay and atomic absorption spectroscopy (“AAS”). Samples that return values greater than 10 g/t gold using this technique are then re-analysed by fire assay but with a gravimetric finish. For copper, samples are first analysed by Inductively Coupled Plasma – Atomic Emission Spectroscopy (“ICP-AES”), with four acid digestion. Samples that return values greater than 10000 g/t copper using this technique are then re-analysed by HF-HNO3-HCLO4 digestion with HCL leach and ICP-AES finish. Blanks, field duplicates and certified standards were inserted into the sample stream as part of Azucar’s quality assurance and control program which complies with National Instrument 43-101 requirements.

Azucar is an exploration company exploring the El Cobre project in Veracruz, Mexico, which covers multiple gold-rich porphyry targets, as demonstrated by past drilling. Azucar holds a 100% interest in the El Cobre project, subject to net smelter returns (“NSR”) royalty interests, assuming production from the property exceeds 10,001 tonnes per day of ore, totaling 2.25% which can be reduced to 2.0% though the payment of US$3.0 million. 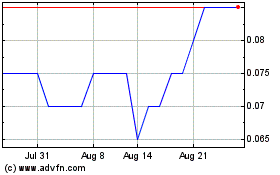 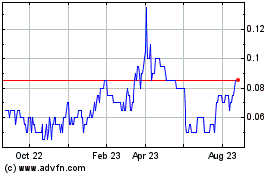 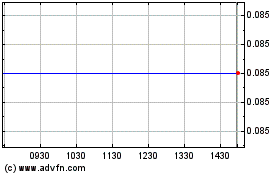