District Copper President & CEO, Jevin Werbes comments, “The airborne survey has provided greater definition to the interpreted location of the Cape Ray/Valentine Lake structural trend underling the Stony Lake project.  The strong correlation between the areas of anomalous to low grade gold mineralization in the northern half of the project and the regional scale positive linear magnetic features is encouraging.  The surface trace of the interpreted fault zones will be utilized to focus 2020 exploration. Selection of 2020 target areas and exploration activities required to advance each target to the drill ready stage is planned over the next few weeks”.

All areas of anomalous to low grade gold mineralization located in 2019 occur along interpreted fault zones outlined by the airborne geophysical survey. The sandstone in these areas has been intruded by an extensive series of quartz feldspar porphyry dikes and exhibit pervasive to intense silification and sericitization and anomalous to low grade gold mineralization.

Exploration completed prior to 2019 located numerous soils, till and lake sediments gold geochemical anomalies; these anomalies exhibit a crude correlation to the interpreted faults.  The possibility exists that these anomalies may have been transported due to glaciation.

Elmer B. Stewart, MSc. P. Geol., a Director of District Copper, is the Company’s non-independent, nominated Qualified Person pursuant to National Instrument 43-101, Standards for Disclosure for Mineral Projects, and has reviewed and approved the scientific and technical information disclosed in this news release.

About District CopperDistrict Copper is a Canadian company engaged in the exploration for gold deposits in Newfoundland and Ontario and copper-gold deposits in northwestern British Columbia.  The acquisition of the Stony Lake gold project establishes the company as a major land holder in one of North America’s most exciting new gold camps.

For further information, please visit www.districtcoppercorp.com to view the Company’s profile or contact Jevin Werbes at 604-620-7737.

Certain information contained in this news release, including information as to strategy, projects, plans or future financial or operating performance and other statements that express management’s expectations or estimates of future performance, constitute “forward looking statements”. Actual results may differ materially from those indicated by such statements. All statements, other than historical fact, included herein, including, without limitations statements regarding future production, are forward-looking statements that involve various risks and uncertainties. There can be no assurance that such statements will prove to be accurate and actual results and future events could differ materially from those anticipated in such statements.

Forward-looking information in this news release includes statements regarding: the interpretation of the airborne geophysical results and the correlation of these results to areas of gold mineralization in outcrop.

Additionally, there are known and unknown risk factors which could cause District Copper’s actual results, performance or achievements to be materially different from any future results, performance or achievements expressed or implied by the forward-looking information contained herein.  Known risk factors include, among others: the interpreted Cape Ray/Valentine Lake structural trend may not underlie the property; areas of anomalous to low grade gold mineralization may not correlate with interpreted fault zones; extrapolation of interpreted structure may not be as indicated; uncertainties relating to interpretation of the geology, continuity and concentration of the mineralization; the financial markets and the overall economy may deteriorate; the need to obtain additional financing and uncertainty of meeting anticipated program milestones; uncertainty as to timely availability of permits and other governmental approvals. 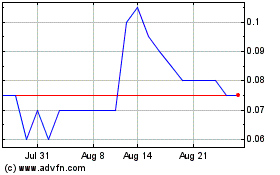 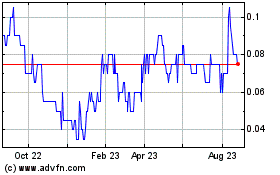 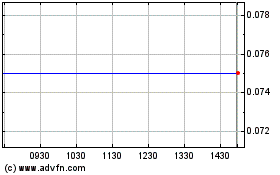