ANGLE plc (AIM:AGL OTCQX:ANPCY), a world-leading liquid biopsy company, is pleased to announce that the Edith Cowan University, Perth, Australia, has published results from a study in small cell lung cancer (SCLC) patients using the Parsortix(R) system. The primary aim of this study was to demonstrate the ability to evaluate the PD-L1 status of isolated circulating tumour cells (CTCs), providing an alternative sample than solid tissue in SCLC, which may help to predict response to immunotherapy.

The Parsortix system was selected by researchers for the study due to its ability for unbiased CTC enrichment enabling the isolation of both EpCAM-positive and EpCAM-negative cancer cells. This is clinically relevant because, although there is an abundance of high EpCAM expressing CTCs in the SCLC population, EpCAM expression can be lost or downregulated during cancer progression. This progression is associated with increased metastatic potential and worse prognosis, but still many CTC isolation methods, including the leading antibody-based system, only isolate and identify cells expressing the EpCAM marker.

Blood collected from 18 SCLC patients was processed using the Parsortix system (20 samples; 18 samples collected prior to treatment for all patients, with two patients also providing samples at relapse). CTCs were identified in 50% of the samples, from ten of the 18 SCLC patients. The researchers found EpCAM-negative CTCs in three patients, with a small proportion of the CTCs identified also positive for PD-L1 expression. Of the ten CTC-positive patient samples, four samples (40%) had PD-L1-positive CTCs.

This study demonstrates both the ability of the Parsortix system to isolate EpCAM-negative and positive CTCs from SCLC patient samples and how isolated CTCs can be used to quantify PD-L1 expression. This shows the potential of CTCs harvested from a simple blood sample as an alternative to a tissue sample for PD-L1 evaluation in the SCLC population, with the possibility to provide an indication on the likelihood of a patient response to immunotherapy. Currently the proportion of cancer patients that respond to PD-L1 or PD-1 inhibitors is low, ranging from 13% to 50%, yet the cost of treatment is c.$170,000. This highlights a clear need for improved patient selection as non-responders risk developing hyper-progressive disease and suffering from drug toxicity with immune-related adverse events.

Lung cancer is the second most common cancer in the United States. The National Institutes of Health predicts that there will be a total of 235,000 new cases in 2022 with a similar incidence in men and women. Lung cancer is the leading cause of cancer related mortality, accounting for 21% of all cancer deaths, estimated at 130,000 people in 2022. SCLC accounts for approximately 14% of lung cancer cases. Prognosis for SCLC patients is extremely poor with a 5-year survival rate of only 7% and a median overall survival of just 8.5 months. Improved patient selection for targeted treatment and immunotherapy is urgently needed to improve outcomes.

"The current findings extend our knowledge of the ability of epitope-independent technologies to detect subsets of CTCs. The study demonstrates that PD-L1 expression can be quantified on CTCs detected in SCLC patients. This could potentially serve as a marker to evaluate the likelihood of anti-PD-1 therapy response."

"We are pleased to report on this promising pilot data showcasing the utility of the Parsortix system for the unbiased isolation of multiple subsets of CTCs in SCLC patients and in doing so providing a sample that allows quantification of PD-L1 expression in this population. This publication is well-timed given that ANGLE is currently in the process of developing a PD-L1 assay in its clinical laboratories as a key part of its pharma services offering for clinical trials."

The research has been published as a peer-reviewed publication in the Journal Translational Lung Cancer Research and is available online at https://angleplc.com/library/publications/ .

ANGLE has established formal collaborations with world-class cancer centres and major corporates such as Abbott, Philips and QIAGEN, and works closely with leading CTC translational research customers. These Key Opinion Leaders (KOLs) are working to identify applications with medical utility (clear benefit to patients), and to secure clinical data that demonstrates that utility in patient studies. The body of evidence as to the benefits of the Parsortix system is growing rapidly from our own clinical studies in metastatic breast cancer and ovarian cancer and also from KOLs with 62 peer-reviewed publications and numerous publicly available posters from 31 independent cancer centres, available on our website. 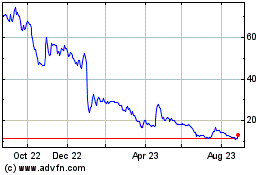 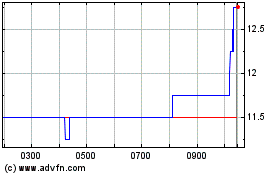