The Company holds a 16.665% economic interest in PEDL183, encompassing an area of 176,000 acres and located within the Western sector of the Southern Permian Basin, onshore UK, North of the river Humber. PEDL183 contains the WNA-1, WNA-2 and WNB-1Z discoveries.

-- First phase of evaluation, including Cased Hole Logging Programme and Vertical Seismic Profiling, of WNB-1Z to commence in April 2021

-- Processing and interpretation of data expected to take two weeks and will inform completion, well clean-up and EWT operations for WNB-1Z well

The Operator of PEDL183, Rathlin Energy (UK) Limited applied to vary the West Newton B Wellsite permit and has received a draft of the varied permit from the Environmental Agency ("EA") that will accommodate completion, well clean-up and EWT operations. This permit includes the WNB-1Z discovery well and any additional wells planned for the West Newton B site.

An EA permit is already in place at the West Newton A site, that includes further clean-up and EWT operations on the WNA-2 well.

The first phase of the evaluation programme on the WNB-1Z discovery well is planned to commence in April 2021 and will initially be comprised of a customised CHLP including a cement bond log, a Weatherford Raptor evaluation tool to log the Kirkham Abbey formation and a VSP.

The Raptor tool is a pulsed neutron wireline logging device that provides a quantification and advanced analysis of oil, gas and water saturations and potential fluid contacts in a cased wellbore.

This cased hole logging activity will be followed by a VSP survey that will provide a high-resolution calibration of the existing 3D seismic data and is considered to be a more accurate method of calibrating previously interpreted formation tops and previously calculated time-estimated formation depths.

Following completion of the CHLP and VSP survey, the processing and interpretation of the data acquired is expected to take approximately two weeks and will help inform the completion, well clean-up and EWT operations on the Kirkham Abbey formation for the WNB-1Z well.

Data gathered from the completion and EWT programme will be incorporated with the existing information to produce a new Competent Person's Report ("CPR").

Discussions regarding the appointment of a highly respected global consultancy to produce a CPR on West Newton are at an advanced stage. The JV expects to be in a position to announce this appointment in the near future.

In accordance with the "AIM Rules - Note for Mining and Oil and Gas Companies," the information contained within this announcement has been reviewed and signed off by Graham Bull, Non-Executive Director, who has over 46 years of international oil and gas industry experience. 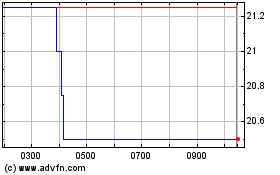