OF THE SECURITIES EXCHANGE ACT OF 1934

(Former name or former address, if changed since last report)

Check the appropriate box below if the Form 8-K filing is intended to simultaneously satisfy the filing obligation of the registrant under any of the following provisions (see General Instruction A.2. below):

On June 29, 2021, Crown Castle International Corp. (“Company”) closed its previously announced public offering (“Debt Offering”) of $750,000,000 aggregate principal amount of the Company’s 2.500% Senior Notes due 2031 (“Notes”). The Notes were issued pursuant to an indenture dated as of February 11, 2019 (“Base Indenture”), between the Company and The Bank of New York Mellon Trust Company, N.A., as trustee (“Trustee”), as amended and supplemented by the sixth supplemental indenture dated as of June 29, 2021 (“Sixth Supplemental Indenture” and, together with the Base Indenture, “Indenture”), between the Company and the Trustee. The Company intends to use the net proceeds from the Debt Offering (1) to repay in full the Senior Secured Tower Revenue Notes, Series 2015-1, Class C-2022, issued by certain of its subsidiaries, (2) to repay outstanding indebtedness under its commercial paper program and (3) to the extent of any remaining balance of net proceeds, for general corporate purposes.

The Indenture limits the ability of the Company and its subsidiaries to incur certain liens and merge with or into other companies, in each case subject to certain exceptions and qualifications set forth in the Indenture.

In the event of a Change of Control Triggering Event (as defined in the Indenture), holders of the Notes will have the right to require the Company to repurchase all or any part of the Notes at a purchase price equal to 101% of the aggregate principal amount of such Notes, plus accrued and unpaid interest, if any, to the date of such repurchase.

The Notes will mature on July 15, 2031. However, the Company, at its option, may redeem some or all of the Notes at any time or from time to time prior to their maturity. If the Company elects to redeem the Notes prior to April 15, 2031 (the date that is three months prior to their maturity date) (“Par Call Date”), the Company will pay a redemption price in respect of the Notes to be redeemed equal to the greater of the following amounts, plus, in each case, accrued and unpaid interest thereon to but excluding the redemption date:

If the Company elects to redeem the Notes on or after the Par Call Date, the Company will pay a redemption price equal to 100% of the principal amount of the Notes redeemed plus accrued and unpaid interest thereon to but excluding the redemption date.

The above description of the Indenture does not purport to be a complete statement of the parties’ rights and obligations under the Indenture and is qualified in its entirety by reference to the terms of the Base Indenture, a copy of which was filed as Exhibit 4.1 to the Company’s Current Report on Form 8-K filed on February 11, 2019, and the Sixth Supplemental Indenture, a copy of which the Company is filing as Exhibit 4.1 to this Current Report on Form 8-K, and which is incorporated herein by reference.

ITEM 2.03 - CREATION OF A DIRECT FINANCIAL OBLIGATION OR AN OBLIGATION UNDER AN OFF-BALANCE SHEET ARRANGEMENT OF A REGISTRANT

The information in Item 1.01 is incorporated herein by reference.

This Current Report on Form 8-K contains forward-looking statements that are based on current expectations of management of the Company. Such statements include plans, projections and estimates regarding the use of proceeds from the Debt Offering. Such forward-looking statements are subject to certain risks, uncertainties and assumptions, including prevailing market conditions and other factors. Should one or more of these risks or uncertainties materialize, or should underlying assumptions prove incorrect, actual results may vary materially from those expected. 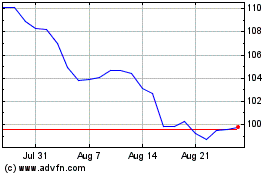 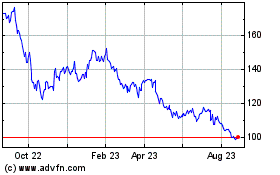 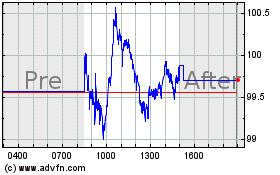