Prairie Provident Resources Inc. (“Prairie Provident”, “PPR” or the “Company”) announces that the Company has reached agreements with its lenders providing for the renewal of its current credit facilities, an issue of US$11.4 million principal amount of 6-year senior subordinated notes with proceeds applied against its revolving facility, amendments to its existing credit agreements to, among other things, reduce cash interest costs and reset financial covenants, and an issue of warrants to purchase up to 34,292,360 common shares (representing 19.9% of the total number of shares outstanding) at a price of $0.0192 per share.

The transactions and amendments provided for in the agreements are anticipated to be completed and become effective on Monday, December 21, 2020.

The margin on amounts borrowed under the Senior Facility will be 650 bps per annum above benchmark prime, Libor or CDOR rates, as applicable.   Financial covenant ratios will be relaxed and reset to thresholds that reflect current circumstances and provide Prairie Provident with comfort on its compliance expectations over future periods. Covenants under the Revolving Facility are otherwise substantially unchanged, except that capital expenditures and acquisitions will generally be limited to consistency with PPR’s annual capital development plan, as created and updated by the Company from time to time and approved by the lenders.

Additionally, the holders of the Original Notes will purchase an additional US$11.4 million principal amount of 12% senior subordinated notes due December 2026 (the “New Notes”), the net proceeds of which will be applied against borrowings under the Revolving Facility. Upon closing, an aggregate of approximately Cdn$60 million or US$47 million will be outstanding under the Original Notes and the New Notes (collectively, the “Notes”).

As with the Revolving Facility, financial covenants under the Notes will be relaxed and reset to thresholds that reflect current circumstances and provide the Company with comfort on its compliance expectations over future periods, with a 15% cushion relative to covenant ratios under the Revolving Facility. Covenants under the Notes are otherwise substantially unchanged, except that capital expenditures and acquisitions will generally be limited to consistency with the Company's annual development plan, as created and updated by the Company from time to time and approved by the lenders.

Contemporaneously with closing, the Company will issue warrants to purchase up to 34,292,360 common shares (representing 19.9% of the total number of shares outstanding) at a price of Cdn$0.0192 per share (subject to adjustment in certain circumstances) for an 8-year term expiring in December 2028. The exercise price is based on the volume-weighted average trading price of the common shares on the Toronto Stock Exchange over the past five trading days. Outstanding warrants to purchase up to an aggregate of 8,318,000 common shares, which were previously issued in conjunction with the closings of the Original Note transactions in 2017 and 2018, will be cancelled in full.

During 2020, the downturn in commodity prices necessitated suspension of the Company’s capital program. Also, during the year approximately 200 boe/d of marginal production was permanently shut in. In spite of those challenges, current production of approximately 4,400 boe/d is only down by 20% from year ago levels. The Company’s low decline rate can be credited to initiatives to waterflood core properties over the last number of years. The priority in 2020 has been cost containment. PPR conducted a bottom-up review of all of our expenses and moved forward with immediate reduction opportunities through rate negotiations, workforce optimizations, and deferral of workover activities. Compared to 2019, operating costs for the first nine months of 2020 reduced by over $7 million and gross G&A expenses reduced by over $2.5 million. Additional costs savings are expected in 2021 as the Company realizes the full-year benefits from our cost reduction initiatives. Prior to 2020, Prairie Provident had excellent results from its drilling program at Princess Alberta. The Company has an inventory of additional Princess drills that have highly attractive economics based on current commodity prices. The renewal of our credit facilities and additional financing position the Company to proceed with those developments. The Company will release a detailed capital budget in the new year and expects to commence drilling its first well early in the first quarter of 2021.

Prairie Provident is a Calgary-based company engaged in the exploration and development of oil and natural gas properties in Alberta. The Company's strategy is to grow organically in combination with accretive acquisitions of conventional oil prospects, which can be efficiently developed. Prairie Provident's operations are primarily focused at the Princess and Michichi areas in Southern Alberta targeting the Ellerslie, the Lithic Glauconite and the Banff formations, along with an established and proven waterflood project at our Evi area in the Peace River Arch.

No offer or solicitation

This news release does not constitute an offer to sell or the solicitation of an offer to buy any securities in the United States or in any other jurisdiction in which any such offer, solicitation or sale would be unlawful. The securities issued on closing of or contemporaneously with the financing, and securities issued in the future pursuant to the Revolving Facility or an exercise of warrants, including the notes of PPR and the common shares and warrants of the Company, have not been and will not be registered under the United States Securities Act of 1933, as amended (the “1933 Act”) or any state securities laws, and may not be offered or sold in the United States or to U.S. persons (as that term is defined in Regulation S under the 1933 Act) except in transactions exempt from the registration requirements of the 1933 Act and applicable state securities laws.

Without limiting the foregoing, this news release contains forward-looking statements pertaining to: the anticipated timing for closing the New Note financing and other transactions described herein, and the announced amendments becoming effective; the anticipated availability of undrawn capacity under the Revolving Facility in future periods; expected additional cost savings in 2021; future development plans and the Company's ability to pursue them; and the anticipated timing for release of a capital budget. Completion of the transactions and amendments announced in this news release is subject to satisfaction of certain conditions, including final approvals of the Toronto Stock Exchange with respect to the warrants to be granted. Although the Company expects that all such conditions will be satisfied on December 21, 2020, no assurance can be provided as to completion or that there will not be any delay.

Forward-looking statements are based on a number of material factors, expectations or assumptions of Prairie Provident which have been used to develop such statements but which may prove to be incorrect. Although the Company believes that the expectations and assumptions reflected in such forward-looking statements are reasonable, undue reliance should not be placed on forward-looking statements, which are inherently uncertain and depend upon the accuracy of such expectations and assumptions. Prairie Provident can give no assurance that the forward-looking statements contained herein will prove to be correct or that the expectations and assumptions upon which they are based will occur or be realized. Actual results or events will differ, and the differences may be material and adverse to the Company. In addition to other factors and assumptions which may be identified herein, assumptions have been made regarding, among other things: future commodity prices and currency exchange rates, including consistency of future prices with current price forecasts; the economic impacts of the COVID-19 pandemic, including the adverse effect on global energy demand, and the oversupply of oil production; results from development activities, and their consistency with past operations; the quality of the reservoirs in which Prairie Provident operates and continued performance from existing wells, including production profile, decline rate and product mix; the accuracy of the estimates of Prairie Provident's reserves volumes; operating and other costs, including the ability to achieve and maintain cost improvements; continued availability of external financing and cash flow to fund Prairie Provident's current and future plans and expenditures, with external financing on acceptable terms; the impact of competition; the general stability of the economic and political environment in which Prairie Provident operates; the general continuance of current industry conditions; the timely receipt of any required regulatory approvals; the ability of Prairie Provident to obtain qualified staff, equipment and services in a timely and cost efficient manner; drilling results; the ability of the operator of the projects in which Prairie Provident has an interest in to operate the field in a safe, efficient and effective manner; field production rates and decline rates; the ability to replace and expand oil and natural gas reserves through acquisition, development and exploration; the timing and cost of pipeline, storage and facility construction and expansion and the ability of Prairie Provident to secure adequate product transportation; regulatory framework regarding royalties, taxes and environmental matters in the jurisdictions in which Prairie Provident operates; and the ability of Prairie Provident to successfully market its oil and natural gas products.

Forward-looking statements are not guarantees of future performance or promises of future outcomes, and should not be relied upon. Such statements, including the assumptions made in respect thereof, involve known and unknown risks, uncertainties and other factors that may cause actual results or events to differ materially from those anticipated in such forward-looking statements including, without limitation: changes in realized commodity prices; changes in the demand for or supply of Prairie Provident's products; the potential for variation in the quality of the geologic formations targeted by Prairie Provident’s operations; the early stage of development of some of the evaluated areas and zones; unanticipated operating results or production declines; changes in tax or environmental laws, royalty rates or other regulatory matters; changes in development plans of Prairie Provident or by third party operators; increased debt levels or debt service requirements; inaccurate estimation of Prairie Provident's oil and gas reserves volumes; limited, unfavourable or no access to capital markets; increased costs; a lack of adequate insurance coverage; the impact of competitors; and such other risks as may be detailed from time-to-time in Prairie Provident's public disclosure documents (including, without limitation, those risks identified in this news release and Prairie Provident's current Annual Information Form and annual and quarterly Management's Discussion and Analysis), copies of which are available on the SEDAR website at www.sedar.com. 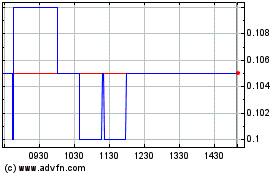