/NOT FOR DISTRIBUTION TO U.S. NEWS WIRE SERVICES OR DISSEMINATION IN THE UNITED STATES. ANY FAILURE TO COMPLY WITH THIS RESTRICTION MAY CONSTITUTE A VIOLATION OF U.S. SECURITIES LAW./

On June 14, 2022, Hoist and Hempshire amended the definitive merger agreement originally entered into on December 5, 2021 (the "Agreement") to provide as follows:

Mr. Hahn has over 15 years of progressive public accounting and finance experience. He has held senior finance positions within public companies across different sectors, and most recently served as Interim CFO for Big Rock Brewery Inc, a TSX listed beverage company. Mr. Hahn is a CPA, CA and holds Bachelor of Commerce and Masters of Professional Accounting degrees.

Mr. Gill is a partner at Stikeman Elliott LLP, a national law firm. Mr. Gill has dealt with all aspects of a public and private company's creation, growth, restructuring and value maximization. Mr. Gill has extensive experience in the negotiation, structuring and consummation of a broad spectrum of corporate finance, securities and mergers and acquisitions transactions. He serves on the board of directors of, and acts as corporate secretary to, numerous public and private companies.

At the closing of the Transaction, Everleaf Capital Corp., an arm's length party to Hoist and Hempshire, will be entitled to receive an advisory fee in the form of Units and notes, representing an amount equal to an aggregate of 8% of the fully diluted equity value of Hempshire under the Transaction, plus an additional 200,000 Units, of which approximately 62% of such securities shall be issued as notes which shall be convertible into Units, subject to a restriction on conversion to the extent that any such conversion would result in the combined share ownership of Everleaf Capital Corp. and its principals exceeding 9.99% of the issued and outstanding shares at such time, and the remaining 38% of such securities shall be issued as Units.

Hoist, a corporation incorporated under the laws of the Province of Alberta, Canada, operates as a capital pool company under Policy 2.4 of the TSXV. Except as specifically contemplated in Policy 2.4, until the completion of its Qualifying Transaction, Hoist will not carry on business, other than the identification and evaluation of businesses or assets with a view to completing a proposed qualifying transaction.

About The Hempshire Group, Inc.

Hempshire's products are currently, or in the process of, being distributed internationally in Switzerland, South Africa and New Zealand through exclusive distribution agents. The Company is in discussions for distribution in multiple additional international jurisdictions.

Certain financial information in respect of Hempshire for the year ended December 31, 2021 and the three months ended March 31, 2022 is provided below:

Investors are cautioned that, except as disclosed in the management information circular or filing statement to be prepared in connection with the Transaction, any information released or received with respect to the Transaction may not be accurate or complete and should not be relied upon. Trading in the securities of a capital pool company should be considered highly speculative.

This press release is not an offer of the securities for sale in the United States. The securities have not been registered under the U.S. Securities Act of 1933, as amended, and may not be offered or sold in the United States absent registration or an exemption from registration. This press release shall not constitute an offer to sell or the solicitation of an offer to buy nor shall there be any sale of the securities in any state in which such offer, solicitation or sale would be unlawful.

The forward-looking statements and information are based on certain key expectations and assumptions made by Hoist, including expectations and assumptions concerning: Hoist, Hempshire and the Resulting Issuer; the Private Placement; the Transaction, including the satisfaction of (i) all required regulatory, governmental and third party approvals, and (ii) all other closing conditions in accordance with the terms of the Agreement; the securities markets and general business and economic conditions, including the ongoing impact of COVID-19; the future operations of, and transactions completed by, the Resulting Issuer, including its ability to successfully implement its growth strategies and business plan; ongoing ability to conduct business in the regulatory environments in which the Resulting Issuer operates and may operate in the future; and applicable laws not changing in a manner that is unfavorable to the Resulting Issuer. Readers are cautioned that the foregoing list is not exhaustive of all factors and assumptions which have been used.

Although Hoist believes that the expectations and assumptions on which such forward-looking statements and information are based are reasonable, undue reliance should not be placed on the forward-looking statements and information because Hoist can give no assurance that they will prove to be correct. By its nature, such forward-looking information is subject to inherent risks and uncertainties, which could cause the actual results and expectations to differ materially from the anticipated results or expectations expressed. Without limitation, these risks and uncertainties include: the parties being unable to obtain TSXV approval; risks associated with the cannabis or hemp industries in general; the size of the emerging industrial hemp market; constraints on marketing products; risks inherent in the agricultural business; actions and initiatives of federal and provincial governments and changes to government policies and the execution and impact of these actions, initiatives and policies; the Resulting Issuer's interpretation of and changes to federal and state laws pertaining to hemp; incorrect interpretation of the United States' Agricultural Improvement Act of 2018; international regulatory risks; uncertainty caused by potential changes to regulatory framework; regulatory approval and permits; environmental, health and safety laws; anti-money laundering laws and regulations; banking matters; ability to access public and private capital and banking services; denial of deductibility of certain expenses; liability for actions of employees, contractors and consultants; product viability; accuracy of quality control systems; product recalls, product liability and product returns; positive tests for THC or banned substances; supply risk; reliance on third party suppliers, service providers and distributors; failure of counter-parties to perform contractual obligations; industry and intra-industry competition; changing consumer preferences and customer retention; unfavorable publicity or consumer perception; inability to sustain pricing models; reliance on key inputs; effectiveness and efficiency of advertising and promotional expenditures; retention and recruitment of key officers and employees; inability to renew material leases; obtaining insurance; management of growth; risks related to acquiring companies and entering partnerships; infringement on intellectual property; inability to protect intellectual property; intellectual property claims; litigation; trade secrets may be difficult to protect; data security breaches; global economic uncertainty; geo-political risks; emerging industries; limited market for securities; financial reporting and public company obligations; and other factors more fully described from time to time in the reports and filings made by the Hoist or the Resulting Issuer with securities regulatory authorities. 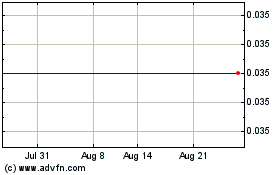 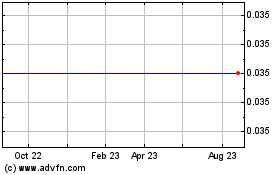 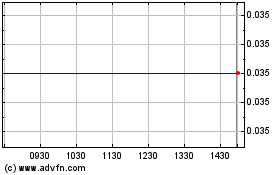