Lavras Gold Corp. (TSXV: LGC) has filed the technical report for the mineral resource estimate on the Cerrito Gold Prospect on SEDAR (www.sedar.com).

The report has been prepared according to the standards set out in NI 43-101 Standards of Disclosure for Mineral Projects. It will also be made available on the Company’s website. The report is called NI 43-101 Technical Report for the Cerrito Gold Prospect, Rio Grande do Sul, Brasil. It is authored by Volodymyr Myadzel, MAIG, and Frank Richard Baker, MIMMM, MAusIMM, and is dated and effective May 31, 2022.

The gold resource for the Cerrito Prospect has been estimated according to standards set out in National Instrument 43-101 – Standards of Disclosure for Mineral Projects (NI 43-101).

The Cerrito gold resource calculation is based on a drilling database of 92 diamond drill holes totaling 14,593 metres of drilling. Distances between drill holes varied from 25 and 100 meters from which 24 vertical sections were created having a north-south orientation and an average distance of 50 meters between sections.

Initially, the model was filled with blocks measuring 10 (X) by 10 (Y) by 10 (Z) metres, which were divided into subunits of smaller size, with a factor for size subdivision of 10 by 10 by 10 in contact with the surrounding three-dimensional solids.

The solid was used to create a block model within the mineralized geological body and encode the respective blocks. A digital model of the topographic surface was used to restrict the block model along the vertical axis. The blocks were generated with faces parallel to the north/south and east/west axes.

The disclosed resource is based on a block model interpolated by the Ordinary Kriging method. A 0.3 g/t gold cutoff grade is assumed based on the near and at surface nature of the Cerrito mineral deposit. The sensitivity of the gold resource estimate to cut-off grade varying from 0.0 g/t gold to 5.0 g/t gold is shown in the full report.

The classification of resources was carried out in accordance with NI 43-101 guidelines.

The resources were classified as Indicated and Inferred according to the degree of reliability of the different iterations and data used for the interpolation of the block model. Solids were created and were used to stamp the inner blocks to each of these reliability zones.

For the indicated resource, a solid that encompasses an area with a 50-meter regular drilling grid was created for areas in which more than 90% of the blocks were stamped in the first to third iterations corresponding to 2 of the search radii. For interpolation, a minimum of 1 hole and 2 composite samples were used and the average distance of interpolation between samples is 50 meters.

All other blocks were classified as inferred resources.

Dr. Volodymyr Myadzel of VMG Consultoria e Soluções Ltda., a qualified person as defined by NI 43-101, has reviewed and approved the scientific and technical information contained in this release.

Lavras Gold: Exploring to realize the potential of a multi-million ounce district in southern Brazil

Lavras Gold (TSXV: LGC) is a Canadian exploration company focused on realizing the potential of the Lavras do Sul gold project (LDS Project) in Brazil. Located in the state of Rio Grande do Sul, the LDS Project is believed to host an alkaline porphyry gold-copper system. More than 23 gold prospects centred on historic gold workings have been identified on the property, which spans more than 22,000 hectares.

The Company’s vision is to maximize shareholder value by applying a sustained systematic and technically-based exploration program to the LDS Project and any other opportunities that may arise.

FORWARD-LOOKING INFORMATIONThis news release contains certain “forward-looking information” within the meaning of applicable securities laws. Forward looking information is frequently characterized by words such as “plan”, “expect”, “project”, “intend”, “believe”, “anticipate”, “estimate”, “may”, “will”, “would”, “potential”, “proposed” and other similar words, or statements that certain events or conditions “may” or “will” occur. These statements, including statements with respect to planned exploration activities and goals, the proposed Consolidation and the timing thereof, are only objectives and predictions. Forward-looking information is based on the opinions and estimates of management at the date the information is provided, and is subject to a variety of risks and uncertainties and other factors that could cause actual events or results to differ materially from those projected in the forward-looking information, including the risks and factors that generally affect exploration and the uncertainty of exploration results and the ability to obtain regulatory approval for the Consolidation. For a description of the risks and uncertainties facing the Company and its business and affairs, readers should refer to the Company’s Management’s Discussion and Analysis and Listing Statement recently filed under the Company’s profile on www.sedar.com. The Company undertakes no obligation to update forward-looking information if circumstances or management’s estimates or opinions should change, unless required by law. The reader is cautioned not to place undue reliance on forward-looking information. 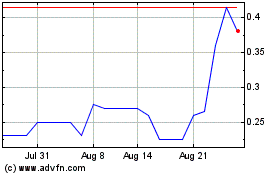 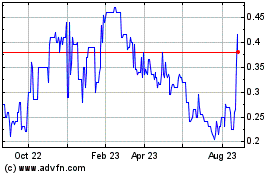 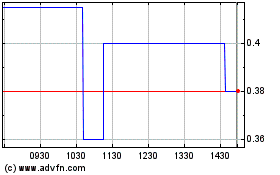