LINKÖPING, Sweden, Sept. 8, 2020 /PRNewswire/ -- The Annual General Meeting (AGM) of shareholders in the international medical imaging IT and cybersecurity company Sectra AB (STO: SECT B) was held on September 8, 2020 in Linköping, Sweden. The AGM resolved to transfer SEK 4.50 per share to the shareholders, in total SEK 173.3 million, through a share redemption program. Other resolutions included the re-election of all current Board members, the election of Fredrik Robertsson as a new Board member, and election of Ernst & Young AB as the new public accounting firm.

The redemption procedure is automatic, meaning that no action is required from the shareholders. It will, however, be possible to trade in Series B redemption shares (ISIN SECT IL B: SE0014609087) on Nasdaq Stockholm.

The timetable for the 2020 redemption procedure is as follows:

For more information and a brochure about the redemption procedure, refer to Sectra's webpage: investor.sectra.com/agm2020.

Other AGM resolutions
The AGM also adopted the following resolutions:

The resolutions were made in accordance with the motions submitted to the AGM, which are available on Sectra's website: investor.sectra.com/agm2020.

This information constitutes information that Sectra AB (publ) is obliged to make public. The information was submitted to the media for publication, through the agency of the contact person set out below, at 6:00 p.m. CEST on September 8, 2020.

This information was brought to you by Cision http://news.cision.com 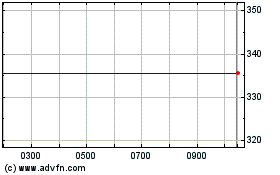