Cortexyme, Inc. (Nasdaq: CRTX) will present additional data from its Phase 2/3 GAIN Trial at the 14th Clinical Trials on Alzheimer's Disease Conference (CTAD 2021) as a part of the meeting’s Late-Breaking Readout Roundtable program today, Thursday, November 11, 2021, at 11:35 a.m. Eastern Time taking place in Boston, Massachusetts, as well as virtually. The presentation will expand on previously reported top-line results that demonstrated the relationship between the reduction of Porphyromonas gingivalis (P. gingivalis) infection and the slowing of cognitive decline in Alzheimer’s disease with atuzaginstat treatment in a prespecified population of patients based on diagnosis of infection.

The 643-participant 48-week GAIN Trial was the first large study to test the efficacy of an oral small-molecule targeting P. gingivalis for disease modification in mild to moderate Alzheimer’s patients. While not meeting statistical significance on its co-primary cognitive and functional endpoints in the overall cohort, the study data showed that treatment with atuzaginstat slowed decline compared to placebo on the majority of clinical endpoints in prespecified populations that were selected based on P. gingivalis infection markers.

The GAIN Trial results showed that the 40 mg BID arm demonstrated equivalent or better efficacy across key endpoints compared to the higher dose, 80 mg BID, as well as a superior safety profile. Trends to benefit at 40 mg BID were seen with multiple prespecified analytic approaches, including on ADAS-Cog11, CDR-SB, MMSE, and NPI, with increasing separation from placebo throughout the study consistent with disease modification. Benefits were not seen on ADCS-ADL at either dose. Changes in P. gingivalis DNA levels in saliva correlated significantly with clinical outcomes during and at the end of treatment, demonstrating that reduced P. gingivalis bacterial load resulted in better clinical outcomes. A trend to slowing of the primary biomarker endpoint of hippocampal atrophy was seen in treatment groups, but did not reach significance.

“Our ability to identify the right population in historically hard to treat mild to moderate Alzheimer’s patients, along with finding an efficacious dose with a differentiated safety profile, is important progress toward a breakthrough treatment for Alzheimer’s disease,” said Michael Detke, MD, PhD, Cortexyme’s chief medical officer. “We saw clinically significant effects ranging from 30% to 50% slowing on ADAS-Cog11 and CDR-SB measures. The benefits on these widely accepted scales provide an informative foundation for a confirmatory study. This landmark study materially advances our understanding of P. gingivalis as an upstream driver of Alzheimer’s disease progression, and we look forward to sharing additional study data as it becomes available over the coming months.”

“The GAIN Trial achieved several significant advancements for the Alzheimer’s field, first by clinically confirming that P. gingivalis is a key upstream driver of disease progression. Further, the data demonstrated a compelling risk-benefit profile with a clinically significant treatment response in an easily identifiable population of patients,” said Marwan Sabbagh, MD, FAAN, lead investigator of the GAIN Trial and Professor of Neurology at the Barrow Neurological Institute. “I am particularly encouraged by GAIN’s identification of a target population, which is consistent with the heterogeneous nature of Alzheimer’s disease and comparable to treatment advancements based on diagnosis of infectious disease, like HIV dementia and personalized medicine common in other therapeutic areas, like oncology. When coupled with the convenience of oral dosing, atuzaginstat offers the potential to fill a huge gap in the underserved mild to moderate Alzheimer’s population in as many as half of those patients. I was gratified to act as the lead investigator for this important study that will hopefully be part of our arsenal of treatments for Alzheimer’s in the not-so-distant future.”

Across critical safety measures, the rates in the 40 mg BID treatment arm were either comparable to placebo or substantially better than in the 80 mg BID arm. Most adverse events were mild to moderate in severity. The most common were gastrointestinal, such as diarrhea in up to 16% and nausea in 6% of participants treated with atuzaginstat, versus 3% and 2% of placebo participants, respectively. Atuzaginstat was associated with dose-related liver enzyme elevations >3X the upper limit of normal: 2% on placebo, 7% on 40 mg BID, and 15% on 80 mg BID. These elevations alone were not clinically significant and virtually all participants were asymptomatic. Two participants in the 80 mg BID arm had concomitant bilirubin elevations without alternative explanation. Lab changes resolved while participants remained on drug or after withdrawal without any known long-term adverse effects. Atuzaginstat treated groups showed no increase in ARIA (amyloid-related imaging abnormalities), including microhemorrhage and edema, or superficial siderosis.

“The data generated from this first-of-its-kind study adds an important new dimension to our understanding of Alzheimer’s disease,” said Casey Lynch, Cortexyme’s chief executive officer, co-founder, and chair. “The study was successful in accomplishing many of our objectives, including identification of the appropriate population for treatment and the therapeutic dose. We intend to apply our learnings to progress an anticipated confirmatory study, pending discussions with the FDA and global regulators.”

Cortexyme’s late-breaking readout roundtable presentation at CTAD 2021 will be accessible today, Thursday, November 11, 2021, beginning at 11:35 a.m. Eastern Time via the company’s Investor Relations website at ir.cortexyme.com, in addition to being accessible to CTAD registered meeting attendees in-person and on its virtual platform.

Cortexyme, Inc. (Nasdaq: CRTX) is a clinical stage biopharmaceutical company pioneering upstream therapeutic approaches designed to improve the lives of patients diagnosed with Alzheimer’s and other degenerative diseases. Cortexyme’s lead program targets a specific, infectious pathogen called P. gingivalis found in the brain of Alzheimer’s patients and other organs and tied to degeneration and inflammation in humans and animal models. The company’s causation evidence for Alzheimer’s disease and the mechanism of its novel therapeutic has been independently replicated and confirmed by multiple laboratories around the world, as well as published in peer-reviewed scientific journals. To learn more about Cortexyme, visit www.cortexyme.com or follow @Cortexyme on Twitter.

Statements in this news release contain “forward-looking statements” that are subject to substantial risks and uncertainties. Forward-looking statements contained in this news release may be identified by the use of words such as “anticipate,” “expect,” “believe,” “will,” “may,” “should,” “estimate,” “project,” “outlook,” “forecast,” “potential” or other similar words. Examples of forward-looking statements include, among others, the strategic development path for atuzaginstat, its business plans, strategy, planned clinical trials and timeline, prospects, and milestone expectations; the timing and success of the company’s clinical trials and related data, including plans and the ability to conduct a confirmatory study with respect to the GAIN Trial; the potential of atuzaginstat to treat Alzheimer’s disease; the timing of announcements and updates relating to its clinical trials and related data; the potential therapeutic benefits, safety and efficacy of the company’s product candidate or library of compounds and statements about its ability to obtain, and the timing relating to, further development of atuzaginstat, regulatory submissions and interactions with regulators, and related response and decisions, including with respect to the company’s partial clinical hold, and approvals with respect to the company’s drug product candidate. Forward-looking statements are based on Cortexyme’s current expectations and are subject to inherent uncertainties, risks, and assumptions that are difficult to predict and could cause actual results to differ materially from what the company expects. Further, certain forward-looking statements are based on assumptions as to future events that may not prove to be accurate. Factors that could cause actual results to differ include, but are not limited to, the risks and uncertainties described in the section titled “Risk Factors” in Cortexyme’s Annual Report on Form 10-K filed with the Securities and Exchange Commission (SEC) on March 1, 2021, its Quarterly Report on Form 10-Q filed with the SEC on October 29, 2021, and other reports as filed with the SEC. Forward-looking statements contained in this news release are made as of this date, and Cortexyme undertakes no duty to update such information except as required under applicable law. 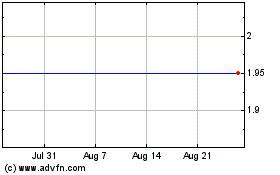 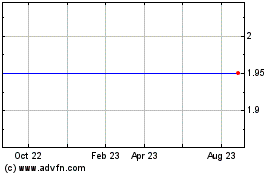 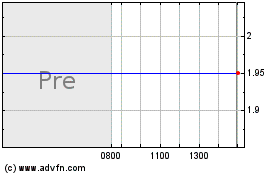