Troilus Gold Corp. (“Troilus” or the “Company”, TSX: TLG; OTCQX: CHXMF) reports assay results from the Southwest Zone and Gap Zone at its Troilus Project, located in northcentral Quebec, Canada. The Southwest Zone is located ~2.5 kilometres from the formerly mined open pits. It was initially discovered and drilled in late 2019 and has quickly evolved into the most significant growth target on its property. The results announced today has improved confidence in strong mineral continuity to the northeast with improved drill density and step out holes that have further expanded the Southwest Zone over 200 metres beyond the previously known boundary of mineralization, ~900 metres beyond the pit shell modelled in the Preliminary Economic Assessment (see press release dated August 31, 2020). Furthermore, an initial 5-hole drill program completed in the Gap Zone last year returned high-grade results which confirm a continuity of mineralized units in the ~2 kilometre area between the main zone Z87 and the new Southwest Zone (See Figure 1).

Troilus has aggressively been drilling the Southwest Zone since late last year, as it aimed to better define the extent of the zone so that it could more accurately be represented in the next phase of engineering. Although drilling will continue through 2022, the Company is pleased to report that it has reached the cut-off for drilling to be included in the updated mineral resource and Pre-Feasibility Study (“PFS”), ensuring it will meet the mid-2022 delivery timeline for these anticipated milestones. All the results reported in this press release, with the exception of the two Gap Zone holes, will be included in the upcoming PFS.

Justin Reid, CEO of Troilus Gold, commented, “Southwest results continue to impress us. We are seeing strong mineral continuity as we step out our drilling further and further to the northeast and into the Gap Zone, intersecting the highest grades ever encountered in the Southwest Zone, along with some of the best intersections ever intersected in all zones at Troilus, 3.07 g/t AuEq over 15m, directly below surface. The Southwest zone modelled in the PEA was based on a mere 8,500 metres of drilling and already then, it contributed to the first few years of production in that study’s mine plan. We now have nearly 1,000% more metres of drill data, and an ore body that is immediately at surface that has more than doubled in strike length. I’m confident that the importance of all this work and growth will be apparent in the upcoming PFS. Equally exciting and impactful, are the strong results we received from initial drilling in the Gap Zone, intersecting 4.2 g/t AuEq over 7m about halfway between the Southwest and Z87 zones. These results prove to us that the mineralized units found in Z87 and Southwest continue into this zone, demonstrating a potential for them to eventually connect. Now that we have reached the drilling cut-off in the Southwest to ensure we are on track with the delivery of our new resource and PFS by mid-year, we’re eager to begin an expanded drill program in the Gap Zone to further define the lithological sequence and test for mineralization.”

The Southwest Zone is located 2.5 kilometres southwest of Z87, the former mine’s main production pit. Initial prospecting and mapping started in 2018 to follow-up on some sparse and shallow drilling completed by the previous mine operator, Inmet Mining Corporation, from 1986 to 2000. Troilus began drilling the Southwest Zone in November 2019 with great success, including approximately 8,500 metres of drill data from this zone into its July 2020 mineral resource estimate, which resulted in 583,000 AuEq ounces (22.6 Mt @ 0.80 g/t AuEq). This newly discovered zone formed an important part of the 22-year mine plan presented in the PEA as the starter pit for the first ~5 years of production. Since the 2020 mineral resource calculation, and up until the drilling cut-off we reached in March for the upcoming mineral resource update, nearly 93,000 metres have been drilled in the Southwest Zone, more than doubling its strike length from 850 metres to ~2km. Although the zone remains open to further expansion, the significantly improved drill density and growth achieved in the last 6 months is expected to have a meaningful impact on the upcoming phase of engineering.

The Gap Zone spans a ~2.5 kilometre area between the larger of the two formerly mines pits, Z87, and the Southwest Zone discovered in late 2019. In 2021, Troilus completed a small 5 drill hole program, targeted at stratigraphy and surface geochemistry which aimed to provide a lithological sequence and test for mineralization. The results, including highlights of 4.2 g/t AuEq over 7m and 0.95 g/t AuEq over 16m provided confirmation that the mineralized units found in Z87 and the Southwest Zone continue into the Gap Zone. The Company is preparing to initiate an ~11,000 metre drill program to be completed over the summer months, to improve the geological understanding of this area and test for additional mineralization (see planned drill holes in Figure 1).

During the Southwest Zone drill program, one metre assay samples were taken from NQ core and sawed in half. One-half was sent for assaying at ALS Laboratory, a certified commercial laboratory, and the other half was retained for results, cross checks, and future reference. A strict QA/QC program was applied to all samples; which included insertion of one certified mineralized standard and one blank sample in each batch of 25 samples. Every sample was processed with standard crushing to 85% passing 75 microns on 500 g splits. Samples were assayed by one-AT (30 g) fire assay with an AA finish and if results were higher than 3.5 g/t Au, assays were redone with a gravimetric finish. For QA/QC samples, a 50 g fire assay was done. In addition to gold, ALS laboratory carried out multi-element analysis for ME-ICP61 analysis of 33 elements four acid ICP-AES.

Qualified PersonThe technical and scientific information in this press release has been reviewed and approved by Kyle Frank, P.Geo., Senior Geologist, who is a Qualified Person as defined by NI 43-101. Mr. Frank is an employee of Troilus and is not independent of the Company under NI 43-101.

Troilus Gold Corp. is a Canadian-based junior mining company focused on the systematic advancement and de-risking of the former gold and copper Troilus Mine towards production. From 1996 to 2010, the Troilus Mine produced +2 million ounces of gold and nearly 70,000 tonnes of copper. Troilus is located in the top-rated mining jurisdiction of Quebec, Canada, where is holds a strategic land position of 1,420 km² in the Frôtet-Evans Greenstone Belt. Since acquiring the project in 2017, ongoing exploration success has demonstrated the tremendous scale potential of the gold system on the property with significant mineral resource growth. The Company is advancing engineering studies following the completion of a robust PEA in 2020, which demonstrated the potential for the Troilus project to become a top-ranked gold and copper producing asset in Canada. Led by an experienced team with a track-record of successful mine development, Troilus is positioned to become a cornerstone project in North America.

The PEA is preliminary in nature, includes inferred mineral resources that are considered too speculative geologically to have the economic considerations applied to them that would enable them to be categorized as mineral reserves, and there is no certainty that the PEA will be realized. Mineral resources that are not mineral reserves do not have demonstrated economic viability. The PEA is subject to a number of risks and uncertainties. See below and the Company’s latest technical report available on SEDAR for more information with respect to the key assumptions, parameters, methods and risks of determination associated with the foregoing.

This press release contains “forward-looking statements” within the meaning of applicable Canadian securities legislation. Forward-looking statements include, but are not limited to, statements regarding the impact of the ongoing drill program and results on the Company, the possible economics of the project and the Company’s understanding of the project; the development potential and timetable of the project; the estimation of mineral resources; realization of mineral resource estimates; the timing and amount of estimated future exploration; the anticipated results of the Company’s ongoing 2022 drill program and their possible impact on the potential size of the mineral resource estimate; costs of future activities; capital and operating expenditures; success of exploration activities; the anticipated ability of investors to continue benefiting from the Company’s low discovery costs, technical expertise and support from local communities. Generally, forward-looking statements can be identified by the use of forward-looking terminology such as “plans”, “expects” or “does not expect”, “is expected”, “budget”, “scheduled”, “estimates”, “forecasts”, “intends”, “continue”, “anticipates” or “does not anticipate”, or “believes”, or variations of such words and phrases or statements that certain actions, events or results “may”, “could”, “would”, “will”, “might” or “will be taken”, “occur” or “be achieved”. Forward-looking statements are made based upon certain assumptions and other important facts that, if untrue, could cause the actual results, performances or achievements of Troilus to be materially different from future results, performances or achievements expressed or implied by such statements. Such statements and information are based on numerous assumptions regarding present and future business strategies and the environment in which Troilus will operate in the future. Certain important factors that could cause actual results, performances or achievements to differ materially from those in the forward-looking statements include, amongst others, currency fluctuations, the global economic climate, dilution, share price volatility and competition. Forward-looking statements are subject to known and unknown risks, uncertainties and other important factors that may cause the actual results, level of activity, performance or achievements of Troilus to be materially different from those expressed or implied by such forward-looking statements, including but not limited to: there being no assurance that the exploration program will result in expanded mineral resources; risks and uncertainties inherent to mineral resource estimates; the impact the COVID 19 pandemic may have on the Company’s activities (including without limitation on its employees and suppliers) and the economy in general; the impact of the recovery post COVID 19 pandemic and its impact on gold and other metals; the receipt of necessary approvals; general business, economic, competitive, political and social uncertainties; future prices of mineral prices; accidents, labour disputes and shortages; environmental and other risks of the mining industry, including without limitation, risks and uncertainties discussed in the most recent Technical Report and in other continuous disclosure documents of the Company available under the Company’s profile at www.sedar.com. Although Troilus has attempted to identify important factors that could cause actual results to differ materially from those contained in forward-looking statements, there may be other factors that cause results not to be as anticipated, estimated or intended. There can be no assurance that such statements will prove to be accurate, as actual results and future events could differ materially from those anticipated in such statements. Accordingly, readers should not place undue reliance on forward-looking statements. Troilus does not undertake to update any forward-looking statements, except in accordance with applicable securities laws. 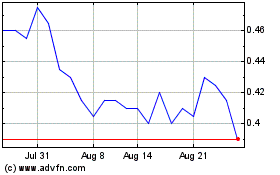 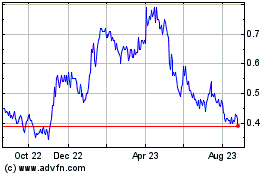 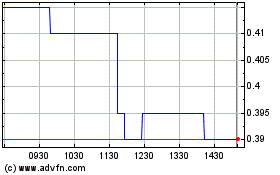