Proposed agreement to acquire at least 75% of Sentiance

Proposed cancellation of admission to trading on AIM

The Board of AAA is pleased to announce a number of proposed matters which the Directors believe will be transformational for the Company once completed. The Company also provides an update on its current portfolio of investments.

Proposed placing and proposed conditional placing (together the 'Proposed Placing')

The Company is in the advanced stages of raising gross proceeds of a) GBP12 million through a placing of 15 million new ordinary shares at 80p per share to be conducted within the Company's current share allotment authorities and b) gross proceeds of GBP108 million through a conditional placing of 135 million new ordinary shares at a price of 80p per share ('the Proposed Conditional Placing').

The Proposed Conditional Placing will be conditional, inter alia, upon the passing of all resolutions at an extraordinary general meeting of the Company that is to be convened (as described below), the Company having completed the purchase of not less than 75% of the share capital of Sentiance (see below); and the Company having exercised the remaining EUR119 million of its AAQUA Option (see below).

Suspension of trading on AIM

The Proposed Acquisition would be classed as a reverse takeover under the AIM Rules for Companies and trading in the Company's ordinary shares on AIM would be suspended, pending the publication of an AIM admission document. Noting the Company's proposals in relation to the Proposed Acquisition and the Proposed Cancellation (as described below), trading in AAA's ordinary shares on AIM will remain suspended.

Proposed cancellation of trading on AIM

Should all of the resolutions be passed at the EGM, and on completion of the Proposed Acquisition, the Proposed Placing and the anticipated exercise of the remaining EUR119m of the AAQUA Option (which would occur following the Proposed Cancellation), AAA will own a substantial portfolio of technology assets, including a controlling interest in Sentiance, which the Board believes have the potential to unlock significant value for shareholders in the future. The Company will also have a substantial balance sheet. Furthermore, the Directors believe the opportunity to generate significant incremental shareholder value means that the Company will be better suited to being listed, in due course, on an alternative international exchange.

Should the proposed special resolution in respect of the Proposed Cancellation be approved by shareholders at the EGM, the Directors will then consult with advisers to determine the most efficient and effective route to achieve a listing for AAA on an alternative international exchange in due course.

The Company has investments in the following companies:

AAQUA is developing a reimagined proposition around passions, where community participants jointly curate original content, combined with member inspired online-to-offline initiatives. Incorporated in the Netherlands in July 2020, AAQUA is a private company which currently has over 175 employees (including recent joiners who are due to commence work) and plans for further rapid expansion. During the past six months, senior employees have joined AAQUA from companies including Facebook, TikTok, Netflix, ESPN, Spotify, Twitter, Uber, Sony Pictures, and Red Bull.

AAQUA is planning a phased public activation of its services in conjunction with multiple well-known global partners and brands in Asia prior to the end of this year, with successive roll outs in Europe and the rest of the world planned for 2022. As AAQUA has yet to activate its services to the public, it is not yet revenue generating. For the period from incorporation on 23 July 2020 to 31 January 2021, AAQUA's unaudited net loss was EUR5.1 million and its unaudited net assets as at 31 January 2021 were EUR49.6 million.

AAA owns 6,000 ordinary AAQUA shares, which currently represent 1.2% of AAQUA's issued share capital. AAA also has an option agreement with AAQUA (the 'AAQUA Option'). If exercised in part or full, the AAQUA Option would form part of AAQUA's ongoing C-Round equity financing, which is capped at a maximum of EUR200 million. Under the terms of the AAQUA Option, AAA can, subject to certain conditions, subscribe for up to 125,000 new AAQUA ordinary shares ('Option Shares') at EUR1,000 per share, of which EUR119 million remains to be exercised.

The pre-money valuation of AAQUA for the purposes of the AAQUA Option was c.EUR500 million. This valuation was determined following negotiation between the boards of AAQUA and AAA as part of AAQUA's ongoing C-round funding. The valuation was agreed having taken into account historic and planned funding rounds by AAQUA and the exercise conditions, the length of the AAQUA Option's term, its Acceleration Clause (as described below) and the substantial size of the option. The EUR1 million fee for the grant of the option was negotiated to be offset against AAA's exercise of the option, meaning that if AAA exercised EUR1 million or more of the option, the cost of entering the option was effectively zero. This offset occurred following the Company's first EUR6 million partial exercise of the option in March 2021.

For illustrative purposes, in the event that AAA were able to exercise the balance of the AAQUA Option in full today, then such exercise would result in the Company owning 125,000 shares in AAQUA, which would represent 19.5% of AAQUA's thus-enlarged share capital. If AAA were to exercise the AAQUA Option in full and AAQUA were to close its C-Round of funding in full, then AAA's 125,000 shares in AAQUA would represent a holding of 16.7% of AAQUA's enlarged share capital. As is customary for a minority shareholder, the Company does not have board representation or formal information rights in relation to AAQUA.

AAQUA has been working in close collaboration with Sentiance on its core technology. This includes a development and long-term licence agreement regarding AAQUA's Algorithm of You, enabling users to control the way content is recommended to them.

As announced by the Company on 9 March 2021, AAA provided an update in relation to the proposed acquisition of Sentiance by MESH and AAQUA, whereby, under a sale and purchase agreement, 100% of Sentiance was to be acquired by AAQUA and MESH, with AAQUA being due to acquire the significant majority equity holding in Sentiance. As described in the Proposed acquisition section above, it is proposed that these arrangements will be replaced by the Proposed Acquisition of at least 75% of Sentiance by AAA, with the balance being acquired by AAQUA. These new proposals, should they be confirmed via binding agreements, will be conditional upon certain other matters and will require the passing of certain resolutions by shareholders at the EGM.

Sentiance's technology is designed to turn motion data into contextual insights and uses behavioural change techniques to personalise engagement for safer and sustainable mobility and wellbeing experiences. Sentiance works with many global companies to create personalised engagement services and products through intelligent contextual recommenders, delivering technology for a new human-centric economy where the user is in control of their data.

AAA has acquired indirect holdings in Sentiance, via its EUR3.65 million convertible loan note in MESH and its equity interests in Asimilar Group plc ('ASLR') because it is the Board's belief that Sentiance is an exciting technology company with the potential to grow significantly in value over time.

ASLR is an AIM quoted company that focuses on investing in businesses in the fields of big data, machine learning, telematics and the internet of things (IoT) with content and delivery capability which engage customers, monetise the user experience and have potential to scale.

AAA owns 1,200,000 ordinary shares and 240,000 warrants in ASLR (exercisable at 5p per share in ASLR and expiring on 31 May 2022). Should AAA exercise its warrants, AAA's resultant holding would represent 1.2% of ASLR's share capital. ASLR owns 24 million shares in MESH, which is equivalent to 7.8% of MESH's share capital, while MESH owns 17% of Sentiance's share capital. This means that AAA's investments in ASLR provide the Company with an indirect 0.02% interest in Sentiance.

AAA also holds an option to acquire warrants over 1,200,000 ASLR shares, with these warrants being exercisable at 5p per ASLR share each, expiring on 31 May 2022 (with AAA's option expiring on the same date). Should AAA choose to exercise this option, then the Company would need to issue 255,000,000 new ordinary shares in the Company as consideration. Because of the market price of AAA's shares this option will not be exercised by AAA but is noted here for the sake of completeness.

As at 30 April 2021, the Company's investments had the following unaudited holding values:

The investments are valued at fair value, in accordance with the Company's accounting policies, as set out in its latest audited accounts for the year ended 31 December 2019 published on 28 September 2020.

As at 30 April 2021 AAA had no investments other than those listed above. In addition, AAA had GBP7,480,000 of cash with no debt, and the net asset position shown by the Company's unaudited consolidated balance sheet was GBP16,739,000. The most recent previously announced unaudited net asset value prior to this was GBP13,657,036 as at 11 December 2020. The remaining EUR119 million AAQUA Option, which currently remains unexercised is valued at nil in AAA's consolidated balance sheet. This compares to the Company's market capitalisation of GBP551 million when its shares were suspended from trading on AIM on 29 April 2021.

The executive director of AAA, Rodger Sargent, has a 0.2% equity holding in MESH. Neither he, nor any of the other directors of the Company, has any other holdings in MESH, AAQUA, ASLR or Sentiance.

The Board of AAA looks forward to updating the market in relation to the Proposed Acquisition, Proposed Placing and the Proposed Cancellation in due course. 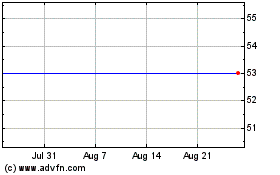 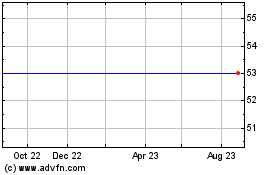 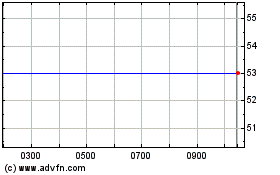