Marshall Wace topped a list of short-sellers targeting the London stock market in early June, leading the pack during a week of outsized activity for betting against U.K. equities.

The London hedge fund took out the largest short position made in the City last week with a 141.6 million-pound ($199.7 million) bet against cruise operator Carnival Corp., based on a Financial News analysis of documents filed with the Financial Conduct Authority.

In the seven days to June 10, more than GBP932 million in short bets were placed against stocks listed on the London bourse across a total of 34 positions. The value of each position was calculated against the companies' June 11 closing market capitalizations.

The figures represented a marked increase in activity, more than doubling the number of bets made a week earlier as short-sellers ramped up their positions in London. So far this month, 50 positions breaching the 0.5% public disclosure threshold have been declared, compared to 44 such bets for the entirety of May.

The figures don't include those who chose to exit the fold early. Active short-seller Millennium International Management took out a GBP1.6 million bet against newcomer Anglo American PLC spin-off Thungela Resources Ltd. on June 9, earlier filings showed, but closed out the position a day later.

Thungela had made a sour debut on the London bourse on June 7, following a sceptical report by short-seller Boatman Capital Research. Thungela's share price has since swung wildly, and was down almost 10% at 0830 GMT on Monday.

New York fund Citadel was the second most active short-seller in the last seven days, taking out four bets across its American and European entities to a total of GBP155.6 million. It targeted retailers B&M and Wm. Morrison Supermarkets PLC, as well as housebuilder Persimmon PLC and chemicals firm Johnson Matthey PLC.

Outsized bets came from the likes of Mayfair fund manager AKO Capital, which took out the second largest position of the week at GBP88 million against housebuilder Kingfisher PLC. Meanwhile PSquared Asset Management came in fourth with a GBP61.1 million bet against THG PLC, after the retailer faced scrutiny over its collaboration with Japanese investor SoftBank Corp.

Short-selling activity has come into renewed focus in 2021. A trading frenzy for so-called meme-stocks such as GameStop Corp. and AMC in January began on online forum Reddit, where traders sought to boost stocks which they said were unfairly targeted by hedge funds. 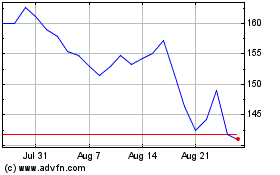 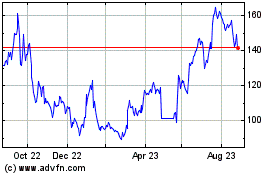 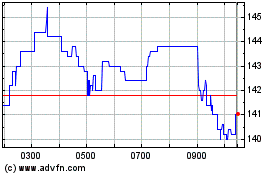