A complete copy of Perpetual's unaudited condensed interim consolidated financial statements and related Management's Discussion and Analysis ("MD&A") for the three and nine months ended September 30, 2019 can be obtained through the Company's website at www.perpetualenergyinc.com and SEDAR at www.sedar.com.

Perpetual has reduced its 2019 adjusted funds flow guidance from a range of $18 to $21 million, provided in a press release dated July 31, 2019 (the "Previous Guidance") to $14 to $16 million, due to the impact of lower realized prices in the third quarter and lower forward market prices for all products and the market diversification contract for the remainder of 2019. Capital expenditure guidance for 2019 is forecast at $12 to $13 million, as compared to Previous Guidance of $18 to $21 million. Minimal capital expenditures are planned for the fourth quarter in response to lower price expectations and to improve the Company's liquidity. The previously planned fourth quarter two well drilling program at East Edson has been deferred. With annual abandonment and reclamation activities to address decommissioning obligations associated with non-producing wells largely complete, 2019 spending of $2.0 million is expected to provide future surface lease rental and property tax expense reductions, while maintaining regulatory compliance.

In late September, Perpetual expected significant continued tightening in AECO basis relative to other North American markets to result from proposed changes to TC Energy's NGTL natural gas maintenance operating protocols that were implemented in early October. In response, Perpetual modified its 40,000 MMBtu/d market diversification contract to shift its pricing point back to AECO for the December 2019 to October 2020 period. The market diversification contract will continue to provide Perpetual with NYMEX based pricing from November 2020 to October 2024.

The table below summarizes actual and anticipated capital spending and drilling activities for the first three quarters and fourth quarter of 2019.

Cash costs of $17.50 to $18.50/boe are forecast for 2019, up 3% from the mid-point of Previous Guidance of $17.00 to $18.00/boe as decreased cash cost expenditure levels are more than offset by the impact of lower production. Commencing in the fourth quarter, general and administrative costs have been reduced by approximately $3.5 million annually following a 25% reduction in the Company's corporate employee head count and a reduction in compensation for remaining employees.

2019 annual guidance assumptions are as follows:

Year-end 2019 net debt is forecast at $120 - $123 million, up $5 million from Previous Guidance due to the decrease in the TOU share price during the third quarter. Current guidance is based on the following assumptions:

Perpetual is an oil and natural gas exploration, production and marketing company headquartered in Calgary, Alberta. Perpetual operates a diversified asset portfolio, including liquids-rich natural gas assets in the deep basin of west central Alberta, heavy oil and shallow natural gas in eastern Alberta, with longer term opportunities through undeveloped oil sands leases in northern Alberta. Additional information on Perpetual can be accessed at www.sedar.com or from the Corporation's website at www.perpetualenergyinc.com.

The Toronto Stock Exchange has neither approved nor disapproved the information contained herein.

Certain information regarding Perpetual in this news release including management's assessment of future plans and operations may constitute forward-looking information or statements under applicable securities laws. The forward looking information includes, without limitation, anticipated amounts and allocation of capital spending; statements pertaining to adjusted funds flow levels, statements regarding estimated production and timing thereof; statements pertaining to type curves being exceeded, forecast average production; completions and development activities; infrastructure expansion and construction; estimated FDC required to convert proved plus probable non-producing and undeveloped reserves to proved producing reserves; prospective oil and natural gas liquids production capability; projected realized natural gas prices and adjusted funds flow; estimated decommissioning obligations; commodity prices and foreign exchange rates; and commodity price management. Various assumptions were used in drawing the conclusions or making the forecasts and projections contained in the forward-looking information contained in this news release, which assumptions are based on management's analysis of historical trends, experience, current conditions and expected future developments pertaining to Perpetual and the industry in which it operates as well as certain assumptions regarding the matters outlined above. Forward-looking information is based on current expectations, estimates and projections that involve a number of risks, which could cause actual results to vary and in some instances to differ materially from those anticipated by Perpetual and described in the forward-looking information contained in this news release. Undue reliance should not be placed on forward-looking information, which is not a guarantee of performance and is subject to a number of risks or uncertainties, including without limitation those described under "Risk Factors" in Perpetual's Annual Information Form and MD&A for the year ended December 31, 2018 and those included in other reports on file with Canadian securities regulatory authorities which may be accessed through the SEDAR website (www.sedar.com) and at Perpetual's website (www.perpetualenergyinc.com). Readers are cautioned that the foregoing list of risk factors is not exhaustive. Forward-looking information is based on the estimates and opinions of Perpetual's management at the time the information is released, and Perpetual disclaims any intent or obligation to update publicly any such forward-looking information, whether as a result of new information, future events or otherwise, other than as expressly required by applicable securities law.

Also included in this news release are estimates of Perpetual's 2019 adjusted funds flow and year-end 2019 net debt, which is based on, among other things, the various assumptions as to production levels, capital expenditures, and other assumptions disclosed in this news release. To the extent such estimate constitutes a financial outlook, it was approved by management and the Board of Directors of Perpetual on November 7, 2019 and is included to provide readers with an understanding of Perpetual's anticipated adjusted funds flow and sensitivities based on the capital expenditure, production, and other assumptions described herein and readers are cautioned that the information may not be appropriate for other purposes.

This news release contains the terms "adjusted funds flow", "adjusted funds flow per share", "adjusted funds flow per boe", "available liquidity", "cash costs", "net working capital deficiency (surplus)", "net debt", "net bank debt", "net debt to adjusted funds flow ratio", "operating netback", "realized revenue" and "enterprise value" which do not have standardized meanings prescribed by GAAP. Management believes that in addition to net income (loss) and net cash flows from operating activities as defined by GAAP, these terms are useful supplemental measures to evaluate operating performance. Users are cautioned however that these measures should not be construed as an alternative to net income (loss) or net cash flows from operating activities determined in accordance with GAAP as an indication of Perpetual's performance and may not be comparable with the calculation of similar measurements by other entities.

Available Liquidity: Available Liquidity is defined as Perpetual's reserve-based credit facility borrowing limit (the "Borrowing Limit"), plus the fair value of the Tourmaline Oil Corp. ("TOU") share investment, less borrowings and letters of credit issued under the reserve-based credit facility (the "Credit Facility") and the TOU share margin demand loan. Management uses available liquidity to assess the ability of the Company to finance capital expenditures and expenditures on decommissioning obligations, and to meet its financial obligations.

For additional reader advisories in regards to non-GAAP financial measures, including Perpetual's method of calculation and reconciliation of these terms to their corresponding GAAP measures, see the section entitled "Non-GAAP Measures" within the Company's MD&A filed on SEDAR.

Perpetual's aggregate proved and probable reserves are reported in barrels of oil equivalent (boe). Boe may be misleading, particularly if used in isolation. In accordance with NI 51-101, a boe conversion ratio for natural gas of 6 Mcf: 1 boe has been used, which is based on an energy equivalency conversion method primarily applicable at the burner tip and does not necessarily represent a value equivalency at the wellhead. As the value ratio between natural gas and crude oil based on the current prices of natural gas and crude oil is significantly different from the energy equivalency of 6:1, utilizing a conversion on a 6:1 basis may be misleading as an indication of value.

The following abbreviations used in this news release have the meanings set forth below: 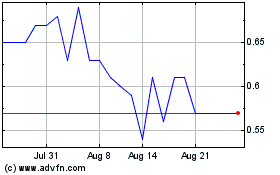 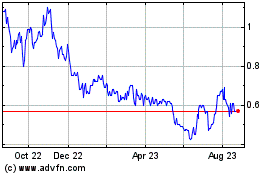 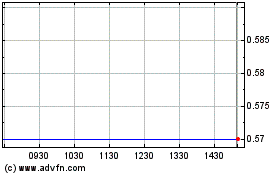