During the third quarter of 2021, the Company continued to assess the recommendations of the strategic review that was prepared by MNP LLP (the "Strategic Review Report" or "Report") and continued efforts to seek out and attract investment and strategic partners to produce and deliver this high-quality potash project to North American and global markets. Discussions continued with potential partners for both Potash and Nitrogen projects. And management continued to take steps to improve the Company's financial position and continued to investigate alternative sources of funding.

The market conditions for potash have continued to improve over the course of the third quarter with prices up over 20% since last quarter and up over 150% since the prior year. Price increases are in part the result of the continued tightening of global potash supplies experienced as a result of sanctions imposed on Belarus in June and August 2021, production curtailments by some major producers and new project delays. This along with strong fertilizer affordability amongst growers has driven prices up. Saskatchewan potash marketer Canpotex has already announced that they are sold out for the remainder of 2021 and there are reports that China, who typically maintain minimum potash reserves are drawing on these to maintain supplies.

These positive developments in market conditions for potash along with the recommendations in the Strategic Review Report and in support of continuing efforts to seek out and attract investment and strategic partners to the Wynyard Potash Project have led the Company to a decision to update its 43-101 technical report to update, amongst other things, the following:

The Company is in the process of soliciting proposals for this project.

In addition to the above technical work, the Company plans to engage in specific marketing support in its effort to attract investment and strategic partners.

There have been no developments for the nitrogen project during the quarter. Management continues to assess interest in an offtake agreement and capital investment.

During the quarter, Management continued to transition Karnalyte to a low-cost operation by downsizing its corporate headquarters resulting in a move to a virtual corporate office model. Management also began the divestment of certain assets not essential to the Potash Project and implementing other measures to cut general and administration expenses. Management also took steps to investigate alternative sources of funding. This investigation continues.

At September 30, 2021, the Company had cash and cash equivalents of $2.2 million and positive net working capital (current assets less current liabilities) of $2 million and no debt. The Company expects to have adequate cash to meet its existing commitments as well as to meet short-term operating and capital requirements but does not currently have adequate funds to proceed with full-scale development of the solution mining facility. The Company is pursuing the sale of non-strategic assets and considering strategic alternatives as the ability of the Company to continue as a going concern will require further equity issuances or other forms of financings. Karnalyte's Third Quarter 2021 Financial Statements and Managements' Discussion and Analysis are available at www.sedar.com and on Karnalyte's website at www.karnalyte.com. 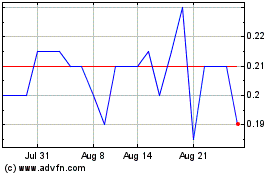 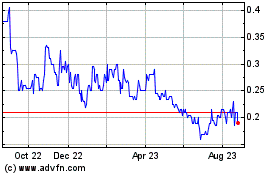 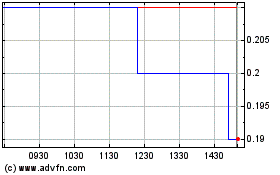