Although a resource has been defined, and title to the Salmon Gums mineral tenements has been secured for the foreseeable future, with active development and exploration work now suspended and having considered market prices for fuel products, the directors are of the opinion that further provision be made against the carrying value of the Salmon Gums mineral tenements to $1,250,000, being in conformity with a review undertaken by independent consultants for the purposes of this report.

The directors, supported by independent advice, remain of the opinion that the recoverable amount of the Salmon Gums tenements is at least equal to the carrying value in the financial statements.

The directors continue to pursue potential joint ventures for the development of facilities to process the Salmon Gums lignite.

The Company has continued to keep its running costs to a minimum while reviewing possible new projects. A number have been considered during the year but have so far not met requirements.

The environment for junior oil companies continues to be extraordinarily difficult and vindicates the decision made last year by the Company to expand its search for new projects in the gas and hard rock mining sectors. Nevertheless, the Company has re-applied to extend its Retention Licence over the Salmon Gums project. It is a significant ground holding and an asset worth retaining. The extension licence application is pending but it is envisioned that it will be extended in due course.

The focus of the Company during the year has been the investigation of many and varied gas and mining projects in multiple jurisdictions. The vast majority are grass roots exploration assets with little or no hope of exploration success and others are old assets exhausted of resources with no hope of any further exploration potential. A number have resources which, at first glance, look promising, but on further due diligence are uneconomic on any reasonable economic assumptions. Nevertheless, the Company continues to evaluate multiple projects in multiple jurisdictions, remaining hopeful that a transaction may be undertaken to breathe new life into the Company.

Of course, the Company is well aware of the overheads required to maintain a listing and operating costs of a listed company. To enable the Company to retain enough working capital to be able evaluate available projects, the directors have agreed to forgo their directors' fees or consultancy fees until a project is successfully acquired by the Company. The directors remain fully committed to ensuring such a transaction occurs.

All that remains to be added is that everyone involved with Spitfire is singularly committed with forging ahead with a new and exciting chapter in the Company's life. All our efforts are directed in striving towards that day.

The information contained within this announcement is deemed to constitute inside information as stipulated under the Market Abuse Regulations (EU) No.596/2014.

In our opinion, except for the effects of the matter described in the Basis for Qualified Opinion section of our report, the accompanying financial report of Spitfire Oil Limited:

a. presents fairly, in all material respects, the consolidated entity's financial position as at 30 June 2017 and of its performance and cash flows for the year then ended; and

basis for our qualified opinion.

Information Other than the Financial Report and Auditor's Report Thereon

Our opinion on the financial report does not cover the other information and we do not express any form of assurance conclusion thereon.

If, based on the work we have performed, we conclude that there is a material misstatement of this other information, we are required to report that fact. We have nothing to report in this regard.

Responsibilities of the Directors' for the Financial Report

In preparing the financial report, the Directors are responsible for assessing the Group's ability to continue as a going concern, disclosing, as applicable, matters related to going concern and using the going concern basis of accounting unless the Directors either intend to liquidate the Group or to cease operations, or have no realistic alternative but to do so.

The Directors are responsible for overseeing the Company's financial reporting process.

Auditor's Responsibilities for the Audit of the Financial Report

Our objectives are to obtain reasonable assurance about whether the financial report as a whole is free from material misstatement, whether due to fraud or error, and to issue an auditor's report that includes our opinion. Reasonable assurance is a high level of assurance, but is not a guarantee that an audit conducted in accordance with the International Standards on Auditing will always detect a material misstatement when it exists. Misstatements can arise from fraud or error and are considered material if, individually or in the aggregate, they could reasonably be expected to influence the economic decisions of users taken on the basis of this financial report.

A further description of our responsibilities for the audit of the financial report is located at the Auditing and Assurance Standards Board website at:

http://www.auasb.gov.au/auditors_responsibilities/ar1.pdf. This description forms part of our auditor's report.

1. This statement has been prepared using accounting policies and presentation consistent with those applied in the preparation of the statutory accounts of the Group.

This information is provided by RNS

The company news service from the London Stock Exchange 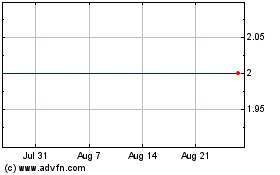 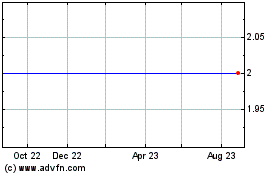 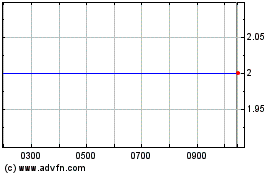