Engineers and scientists across the globe are racing to find a more sustainable, more efficient alternative to the lithium-ion battery, which has been powering most of the portable devices for the past three decades.

“Manganese is a candidate for disruption in the lithium-ion battery space. Manganese has elemental qualities that have the potential to improve density, capacity, rechargeability, safety and battery longevity. The timing for establishing a North American Manganese resource could not be better. With the global push for greener technology and lessening the carbon footprint, Manganese X is poised for leadership in providing a domestic supply of manganese for the rechargeable battery industry, everything from the small consumer batteries in electronic devices, smartphones and energy storage power reserves, to the EV and hybrid electric vehicle industry,” said Martin Kepman, CEO of Manganese X Energy Corp (TSXV: MN) (FSE: 9SC2) (OTC:QB:MNXXF) (FRANKFURT: 9SC2) , in a recent interview. Touted by the media as the “disruptive entrepreneur,” manganese futurist Kepman won’t settle for the status quo, evidenced by his 40 years plus career helping businesses disrupt their sectors and maximize their efficiencies.

Other than being an ingredient in exciting potential alternatives to lithium-ion batteries, manganese is an important component of the two most commonly produced types of batteries available today. Lithium-ion-manganese oxide (LMO) batteries are the type of batteries currently used to power almost everything rechargeable. Manganese makes up the majority (61%) of the cathode of these batteries. Nickel-manganese-cobalt (NMC) batteries, which are used in electric vehicles, also contain a large amount of manganese.

Manganese is also an important component in manufacturing steel. Due to the high demand for manganese in today’s technological landscape, finding ethical sources of manganese is essential. Why Replace Lithium-Ion Batteries?

Today, electric vehicle (EV) technology has revealed the limitations of lithium-ion technology. While lithium ion batteries are great for small portable devices like smartphones and laptops, and have higher storage capacity and a longer life than the lead-acid and nickel-hydrogen batteries they replaced, lithium ion batteries fall short when it comes to storing larger amounts of energy.

Producing lithium-ion batteries to store larger amounts of energy is expensive. As a result, some electric vehicle manufacturers have turned to cobalt battery technology. But cobalt is almost impossible to source ethically, since the major known deposits of cobalt around the world are linked to human rights abuses against workers, child labor, and environmental destruction, so it is less sustainable and less ethical overall than lithium-ion battery technology.

Manganese is an essential component of both lithium-ion batteries and cobalt-based batteries, but it is also being used to develop potential alternatives.

Research organizations and engineering colleges in Denmark, Israel, Spain, and Germany have recently banded together with Cambridge University to form the European Magnesium Interactive Battery Community, referred to as “E-Magic.” E-Magic’s goal is to develop a magnesium-based battery with a higher energy density than the currently available technology.

In the United States, scientists at the University of Houston and the Toyota Research Institute of North America are working on similar technology, with some success, though the prototype has a low charging capacity.

In Japan, researchers have developed a promising battery that uses manganese oxide in the positive electrode and magnesium metal in the negative electrode.

If any of the current technologies under development do overthrow the lithium-ion battery in its place within the energy storage industry, experts estimate that it won’t happen until around 2030.

With its head office in Montreal QC, Manganese X Energy owns 100% of the Battery Hill property project located in New Brunswick Canada. Battery Hill is strategically situated next to the US border, near existing infrastructures (power, railways, and roads). It encompasses all or part of five manganese-iron zones, including Iron Ore Hill, Moody Hill, Sharpe Farm, Maple Hill and Wakefield. The area hosts a series of banded iron formations that collectively constitute one of the largest manganese resources in North America, approximately 194,000,000 tons.

9SC2) with its head office in Montreal QC, owns 100% of the Battery Hill property project (1,228 hectares) located in New Brunswick Canada. Battery Hill is strategically situated 12 kilometers from the US (Maine) border, near existing infrastructures (power, railways, and roads). It encompasses all or part of five manganese-iron zones, including Iron Ore Hill, Moody Hill, Sharpe Farm, Maple Hill and Wakefield. According to Brian Way’s (2012) master’s thesis on the Woodstock manganese occurrences, that includes Battery Hill, the area “hosts a series of banded iron formations that collectively constitute one of the largest manganese resources in North America, approximately 194,000,000 tons.

When sharing on social media please help us by using these hashtags: 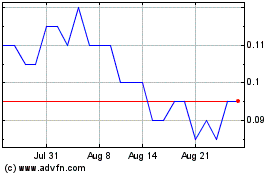 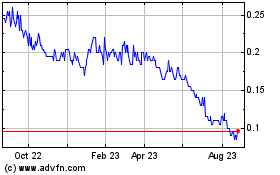 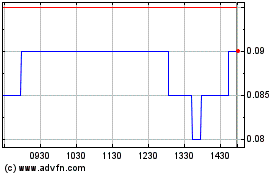