CALGARY, AB, Dec. 21, 2021 /CNW/ - Touchstone Exploration Inc. ("Touchstone", "we", "our", "us" or the "Company") (TSX: TXP), (LSE: TXP) is pleased to announce the results of the final production test at our Royston-1 exploration well which has confirmed a light oil discovery in the upper most section of the Herrera Formation. Touchstone has an 80 percent operating working interest in the well, which is located on the onshore Ortoire block on the island of Trinidad. Heritage Petroleum Company Limited holds the remaining 20 percent working interest.

The third Royston-1 completion and exploration test was designed to evaluate an interval at the top of the overthrust sheet of the Herrera Formation. The completion spanned an 84-foot gross interval (56-feet of net pay). The zone was perforated on December 16, 2021 and was opened to flow on December 17, 2021 on a 10/64 inch choke. Initial shut-in surface pressure was 2,900 psi indicating a downhole pressure of approximately 7,100 psi. The choke was increased to 20/64 inches, and the well flowed at rates up to 1,368 bbls/d of total fluids with indicated oil cuts between 40% and 60% of 31-degree API sweet crude (corrected to 60-degree Fahrenheit). A non-measurable amount of solution gas was also observed during the test. Following an initial shut-in period, the well resumed flow with choke sizes between 20/64 inches and 40/64 inches.

In aggregate, the well produced 1,786 barrels of total fluid at an average flow rate of 705 bbls/d with oil cuts varying between 40% and 60% throughout the test. We plan to place the well on an extended production test following a seven-day build-up period to re-evaluate bottomhole conditions. The extended production test will be designed to assess optimal flowing conditions to maximize production and data collection. We anticipate providing additional information on the long-term production test during the first quarter of 2022.

"This third test confirms the commerciality of the newly discovered light oil pool at Royston. Data from all three of the production tests have confirmed that we have a long-term oil project that has the potential to provide future economic benefits to our shareholders and the country.

This test was the final of three production tests of the Herrera Formation which, as a group, were designed to assess the full 1,014 feet of gross section (393 feet net) identified in the well bore at depths between 9,686 feet and 10,700 feet. The first test evaluated the potential of the intermediate sheet in the lowest portion of the well while tests two and three evaluated the overthrust sheet above. All three of the tests encountered economic oil and confirmed the presence of hydrocarbon over the entire interval. This information, in the context of the 3,156-acre structure as defined in our 2D seismic interpretation, confirms a large volume of resources in place on the Royston property. To clarify, the final production test was the only test properly configured for an oil test and more accurately depicted the productive potential of the reservoir.

We will now be using the data to formulate a long-term field development plan including a drilling program to further evaluate the intermediate and subthrust sheets in the Herrera Formation of the Royston structure. We also have the benefit of being able to use data from the analogous Penal/Barrackpore pool that has in excess of 80 years of production history. With existing road infrastructure in place, we have the ability to monetize our test production volumes by trucking to existing sales facilities to process the oil. This can be achieved in parallel while we design facilities to tie in oil volumes and dispose of produced water. We will take the opportunity to implement best practices both below and above ground to optimize value with minimal environmental impact.

I would like to thank our stakeholders for their ongoing support and wish everyone a safe and prosperous new year."

Touchstone Exploration Inc. is a Calgary, Alberta based company engaged in the business of acquiring interests in petroleum and natural gas rights and the exploration, development, production and sale of petroleum and natural gas. Touchstone is currently active in onshore properties located in the Republic of Trinidad and Tobago. The Company's common shares are traded on the Toronto Stock Exchange and the AIM market of the London Stock Exchange under the symbol "TXP".

References in this news release to production test rates and initial flow rates are useful in confirming the presence of hydrocarbons; however, such rates are not determinative of the rates at which the well will commence production and decline thereafter and are not indicative of long-term performance or of ultimate recovery. Additionally, such rates may also include recovered "load oil" fluids used in well completion stimulation. While encouraging, readers are cautioned not to place reliance on such rates in calculating the aggregate production for the Company. A final pressure transient analysis and/or well-test interpretation has yet to be carried out in respect of the well. Accordingly, the Company cautions that the production test results contained herein should be considered preliminary. 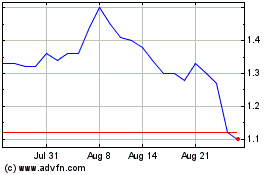 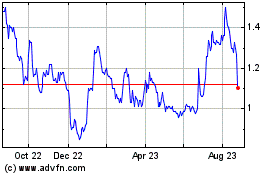 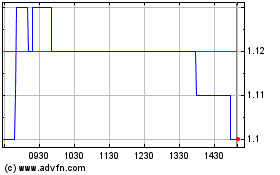