Silver Bull Resources, Inc. (OTCQB: SVBL, TSX: SVB) (“Silver Bull”) is pleased to announce it has filed the NI 43-101 Mineral Resource estimate report on the Beskauga copper-gold project completed by CSA Global Consultants Canada Ltd (“CSA Global”). The report is available on SEDAR at www.sedar.com and on the Company’s website at www.silverbullresources.com. Highlights of the Mineral Resource report include:

Beskauga Resource: The Beskauga resource was estimated from 118 diamond drill holes, totalling 45,605.8 meters drilled between 2007 and 2017 by the private Swiss company, Copperbelt AG. Holes were drilled from surface using an HQ or NQ sized core diameter and varied in depth between 150m to 815m. The estimated Mineral Resource is shown in the table below.

In order to address the potential for eventual economic extraction in an open pit context, the reported mineral resources fall within an optimized Lerch-Grossman pit shell that uses a gold price of US$1,500/oz, a copper price of US$2.80, and a silver price of US$17.25 with an average recovery of copper at 81.7% and gold and silver of 51.8%.

The Mineral Resource was estimated by Serik Urbisinov, a Principal Resource Geologist for CSA Global, who is an independent Qualified Persons as defined by National Instrument 43-101. The full Technical Report is now available on the SEDAR website (www.sedar.com).

Figure 1. Surface projection of the Beskauga deposit showing the gold and the copper cut-offs. Also shown is the outline of the Lerch-Grossman conceptual pit.https://www.globenewswire.com/NewsRoom/AttachmentNg/ecb29d09-b84a-4aa6-9d8c-d1a838b71c45

Infrastructure: The Beskauga deposit has excellent infrastructure. All operations are based out of the nearby mining town of Ekibastuz, which services the largest coal mine in Kazakhstan and provides a highly trained workforce for Silver Bull to draw upon. Paved road access, 1100 KVA power lines and heavy rail all lie within a 25 kilometer radius of the project. The capital city of Nur-Sultan, located approximately 300 kilometers along a double lane highway from the project, has a major international airport allowing for easy access and administration of the Beskauga project.

Figure 2. Map showing the location of infrastructure near the Beskauga deposit. The project is based out of the nearby mining town of Ekibastuz.https://www.globenewswire.com/NewsRoom/AttachmentNg/4a78d4f4-2929-4ab3-b276-00f37c6c97ed

Tim Barry, President, CEO and director of Silver Bull states, “This is a great first step in development of the Beskauga project and wider regional potential. Kazakhstan is fast emerging as one of the premium mining jurisdictions on the planet. The prospectivity of the geology, coupled with the recently revised mining law and strong government support for the mining sector makes it a standout in the mining world. Furthermore, the outstanding infrastructure and access to the project adds significantly to Beskauga’s potential viability”.

About Silver Bull: Silver Bull is a mineral exploration company whose shares are listed on the Toronto Stock Exchange and trade on the OTCQB in the United States, and is based out of Vancouver, Canada. In addition to the Beskauga deposit, Silver Bull also owns the Sierra Mojada Project in Northern Mexico which is currently under a joint Venture with South32 Ltd.

The technical information of this news release has been reviewed and approved by Tim Barry, a Chartered Professional Geologist (CPAusIMM), and a qualified person for the purposes of National Instrument 43-101.

On behalf of the Board of Directors "Tim Barry"

Disclosure of "contained ounces" in a resource is permitted disclosure under Canadian regulations, however the SEC normally only permits issuers to report mineralization that does not constitute "reserves" by SEC standards as in place tonnage and grade without reference to unit measures. Accordingly, the information contained in this press release may not be comparable to similar information made public by U.S. companies that are not subject NI 43-101.

Cautionary note regarding forward looking statements: This news release contains forward-looking statements regarding future events and Silver Bull's future results that are subject to the safe harbors created under the U.S. Private Securities Litigation Reform Act of 1995, the Securities Act of 1933, as amended (the "Securities Act"), and the Securities Exchange Act of 1934, as amended (the "Exchange Act"), and applicable Canadian securities laws. Forward-looking statements include, among others, statements regarding that Beskauga is a mineralized system that has considerable upside that has yet to be explored, and geological prospectivity of Kazakhstan. These statements are based on current expectations, estimates, forecasts, and projections about Silver Bull's exploration projects, the industry in which Silver Bull operates and the beliefs and assumptions of Silver Bull's management. Words such as "expects," "anticipates," "targets," "goals," "projects," "intends," "plans," "believes," "seeks," "estimates," "continues," "may," variations of such words, and similar expressions and references to future periods, are intended to identify such forward-looking statements. Forward-looking statements are subject to a number of assumptions, risks and uncertainties, many of which are beyond our control, including such factors as the results of exploration activities and whether the results continue to support continued exploration activities, unexpected variations in ore grade, types and metallurgy, volatility and level of commodity prices, the availability of sufficient future financing, and other matters discussed under the caption "Risk Factors" in our Annual Report on Form 10-K for the fiscal year ended October 31, 2020 and our other periodic and current reports filed with the SEC and available on www.sec.gov and with the Canadian securities commissions available on www.sedar.com. Readers are cautioned that forward-looking statements are not guarantees of future performance and that actual results or developments may differ materially from those expressed or implied in the forward-looking statements. Any forward-looking statement made by us in this release is based only on information currently available to us and speaks only as of the date on which it is made. We undertake no obligation to publicly update any forward-looking statement, whether written or oral, that may be made from time to time, whether as a result of new information, future developments or otherwise. 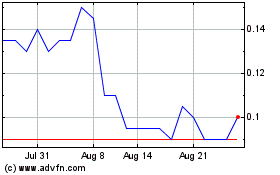 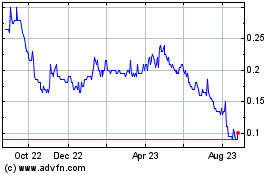 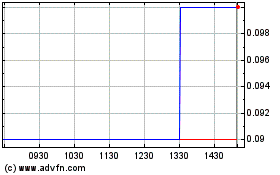