Imperial Metals Corporation (the “Company”) (TSX:III) reports assay results from the final two drill holes of the 2020 diamond drilling at its Huckleberry property.

Drill hole H20E-417, a vertical hole designed to test below the eastern lobe of the East zone deposit, intercepted 0.31% copper over 112.59 metres from 127.41 to 240.00 metres, with the mineralized interval beginning below the East zone pit.

An updated plan map and cross sections are available on imperialmetals.com.

In addition, a Volterra 3-Dimensional Induced Polarization survey was conducted over the East zone to produce a geophysical signature over zones of known mineralization and enhance the geological model and ore controls. The data is currently being interpreted and will be used to locate new drill targets.

Drilling results from the 2020 Huckleberry program have confirmed that copper mineralization continues to significant depths below the East zone pit and historic drilling. Additional drilling will be necessary to further define and expand the limits of the East zone copper deposit.

Jim Miller-Tait, P.Geo., VP Exploration, is the designated Qualified Person as defined by National Instrument 43-101 for the exploration program and has reviewed this news release. Samples reported were analysed at Bureau Veritas Mineral Laboratories in Vancouver. A full QA/QC program using blanks, standards and duplicates was completed for all diamond drilling samples submitted to the labs. Significant assay intervals reported represent apparent widths. Insufficient geological information is available to confirm the geological model and true width of significant assay intervals.

Certain information contained in this news release are not statements of historical fact and are “forward-looking” statements. Forward-looking statements relate to future events or future performance and reflect Company management’s expectations or beliefs regarding future events and include, but are not limited to, statements regarding the Company’s expectations with respect to current and planned drilling programs at Huckleberry to expand known copper mineralization at depth in the vicinity of the East zone pit and to gain geological, geotechnical, and structural controls on the porphyry system and surrounding faults. 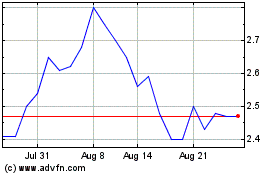 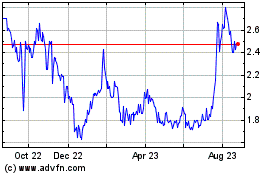