CORPUS CHRISTI, Texas, Dec. 22, 2020 /PRNewswire/ - Uranium Energy Corp (NYSE American: UEC) ("UEC" or the "Company") is pleased to report the U.S. Federal Government omnibus spending bill passed by Congress includes $75 million for initial funding of the 10-year U.S. Uranium Reserve. The language is contained in the Energy & Water appropriations provisions related to Department of Energy's National Nuclear Security Administration programs. This is a very positive step forward for the domestic uranium mining industry with clear bipartisan and bicameral support. The Bill has now passed the full House and Senate, and a Presidential signature is expected soon.

UEC Chairman and former U.S. Energy Secretary, Spencer Abraham, commented: "This key development is a shot in the arm to the uranium mining sector, and we expect to see Washington build on this program and take other appropriate actions to strengthen our sector. It comes on the heels of the 20-year extension of the Russian Suspension Agreement amendment which strengthens the limitations on imports of Russian uranium. This legislation also contains language providing a Congressional backstop to this important trade agreement, protecting American Energy Security.  These steps, and other recent bipartisan legislative successes, speak to the importance of nuclear energy, and its uranium fuel cycle, in the generation of baseload, carbon-free energy in the United States."

Uranium Energy Corp is a U.S.-based uranium mining and exploration company.  In South Texas, the Company's hub-and-spoke operations are anchored by the fully-licensed Hobson Processing Facility which is central to the Palangana, Burke Hollow and Goliad ISR projects. In Wyoming, UEC controls the Reno Creek project, which is the largest permitted, pre-construction ISR uranium project in the U.S.  Additionally, the Company controls a pipeline of uranium projects in Arizona, New Mexico and Paraguay, a uranium/vanadium project in Colorado and a large, high-grade ferro-titanium project in Paraguay.  The Company's operations are managed by professionals with a recognized profile for excellence in their industry, a profile based on many decades of hands-on experience in the key facets of uranium exploration, development and mining.

Except for the statements of historical fact contained herein, the information presented in this news release constitutes "forward-looking statements" as such term is used in applicable United States and Canadian laws. These statements relate to analyses and other information that are based on forecasts of future results, estimates of amounts not yet determinable and assumptions of management. Any other statements that express or involve discussions with respect to predictions, expectations, beliefs, plans, projections, objectives, assumptions or future events or performance (often, but not always, using words or phrases such as "expects" or "does not expect", "is expected", "anticipates" or "does not anticipate", "plans, "estimates" or "intends", or stating that certain actions, events or results "may", "could", "would", "might" or "will" be taken, occur or be achieved) are not statements of historical fact and should be viewed as "forward-looking statements". Such forward looking statements involve known and unknown risks, uncertainties and other factors which may cause the actual results, performance or achievements of the Company to be materially different from any future results, performance or achievements expressed or implied by such forward-looking statements, including statements regarding the anticipated use of proceeds from the offering. Such risks and other factors include, among others, the actual results of exploration activities, variations in the underlying assumptions associated with the estimation or realization of mineral resources, the availability of capital to fund programs and the resulting dilution caused by the raising of capital through the sale of shares, accidents, labor disputes and other risks of the mining industry including, without limitation, those associated with the environment, delays in obtaining governmental approvals, permits or financing or in the completion of development or construction activities, title disputes or claims limitations on insurance coverage. Although the Company has attempted to identify important factors that could cause actual actions, events or results to differ materially from those described in forward-looking statements, there may be other factors that cause actions, events or results not to be as anticipated, estimated or intended. There can be no assurance that such statements will prove to be accurate as actual results and future events could differ materially from those anticipated in such statements. Accordingly, readers should not place undue reliance on forward-looking statements contained in this news release and in any document referred to in this news release. 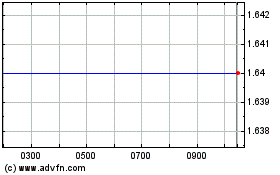